Bank of Canada holds interest rate, warns economy's resilience to be 'tested'(2019.10.31)
OTTAWA -- The Bank of Canada kept its key interest rate on hold Wednesday to position the country as an exception among advanced economies that have already started responding to a fading global economy.

Governor Stephen Poloz's team says the domestic economy has held up well in many respects and inflation has been close to target.

They warn, however, that Canada isn't immune to the negative effects of slowing global growth.
"Governing council is mindful that the resilience of Canada's economy will be increasingly tested as trade conflicts and uncertainty persist," the central bank said in a statement.
"In considering the appropriate path for monetary policy, the bank will be monitoring the extent to which the global slowdown spreads beyond manufacturing and investment."
The Bank of Canada's decision to hold steady makes it stand out among its international peers. It acknowledged Wednesday that dozens of policy-makers around the globe have taken steps to cushion the blow from the weakening world economy.
Since the release of its last quarterly update in July, the bank said more than 35 central banks in advanced and emerging economies have eased monetary policy to address fading growth and soft inflation pictures in their countries.
"A growing number of countries have responded with monetary and other policy measures to support their economies," the bank said.
The U.S. Federal Reserve is widely expected to cut its borrowing rate Wednesday for a third-straight meeting, a move experts say would leave Canada with the highest rate in the industrialized world. It's a very rare occurrence for the Bank of Canada and the Fed to make rate announcements on the same day. 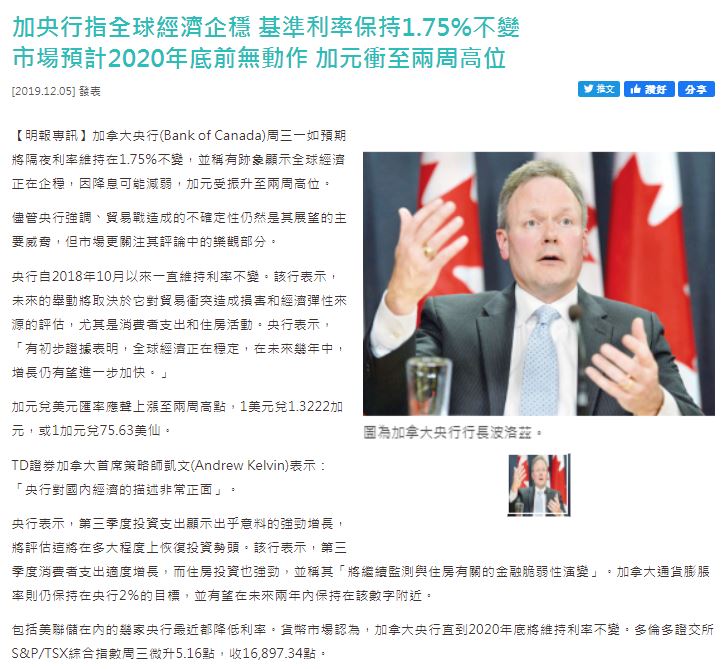 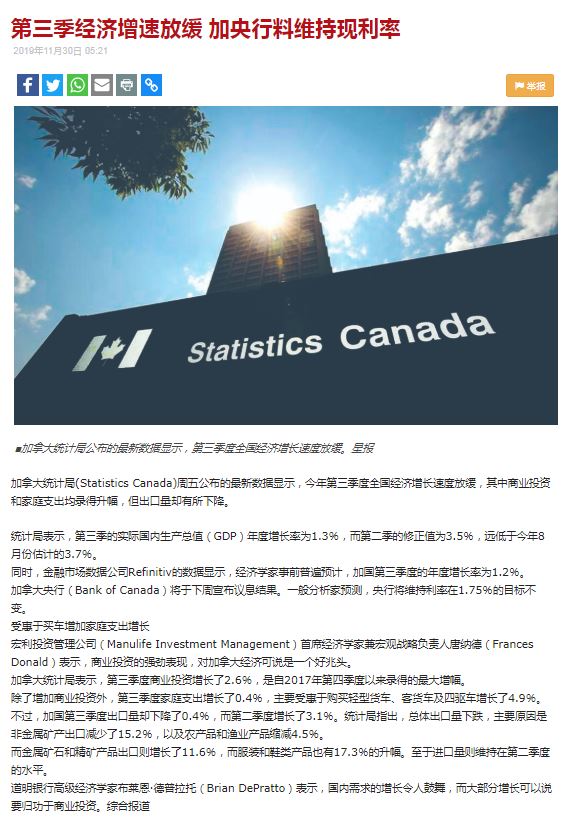 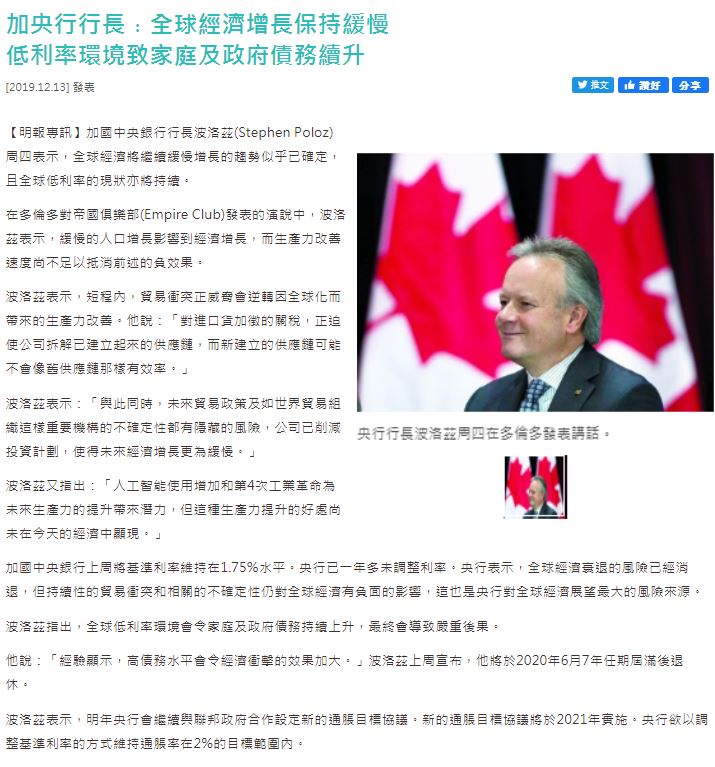 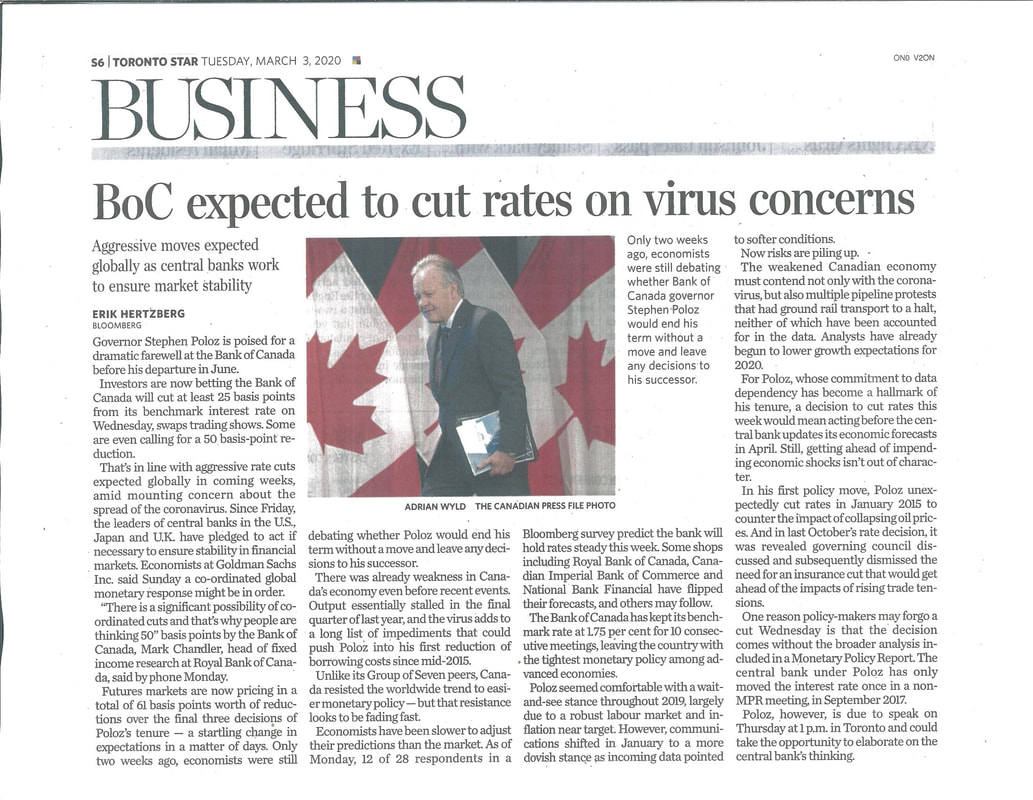 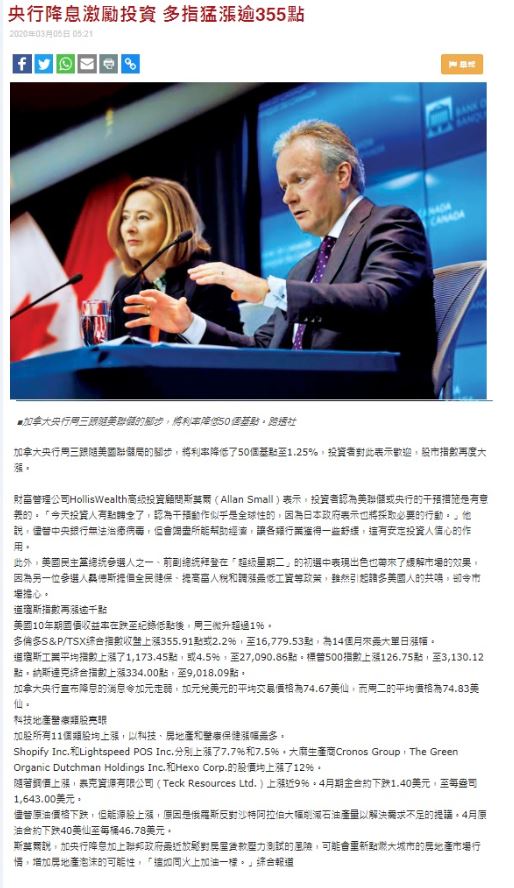 Coronavirus, and the virus of recession 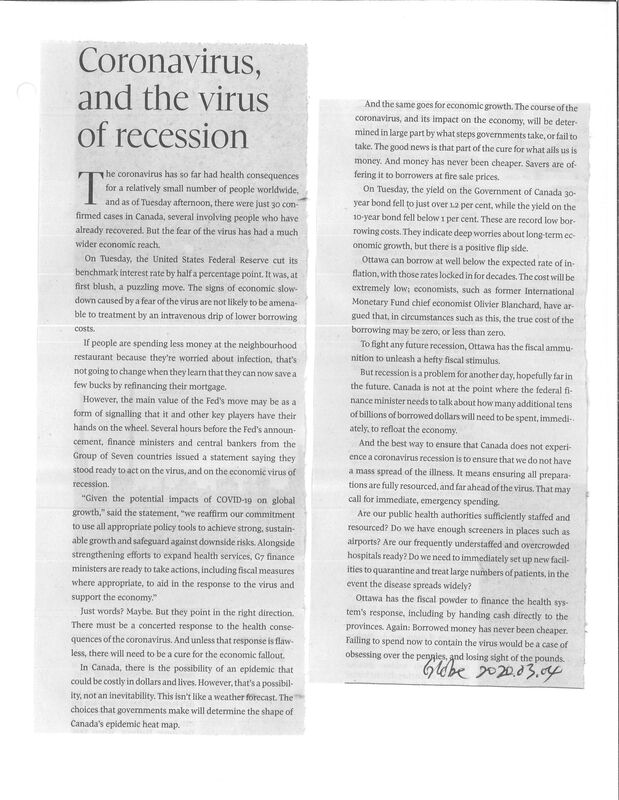 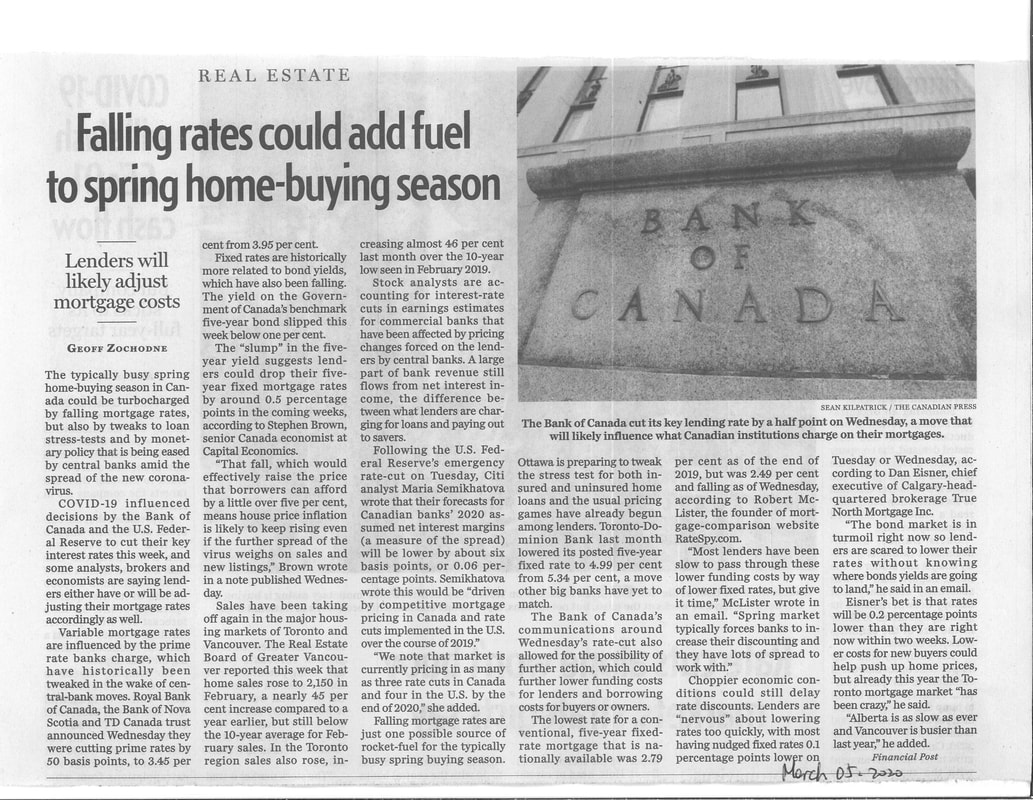 Fed rate cut was meant to ease worries. it has done the opposite 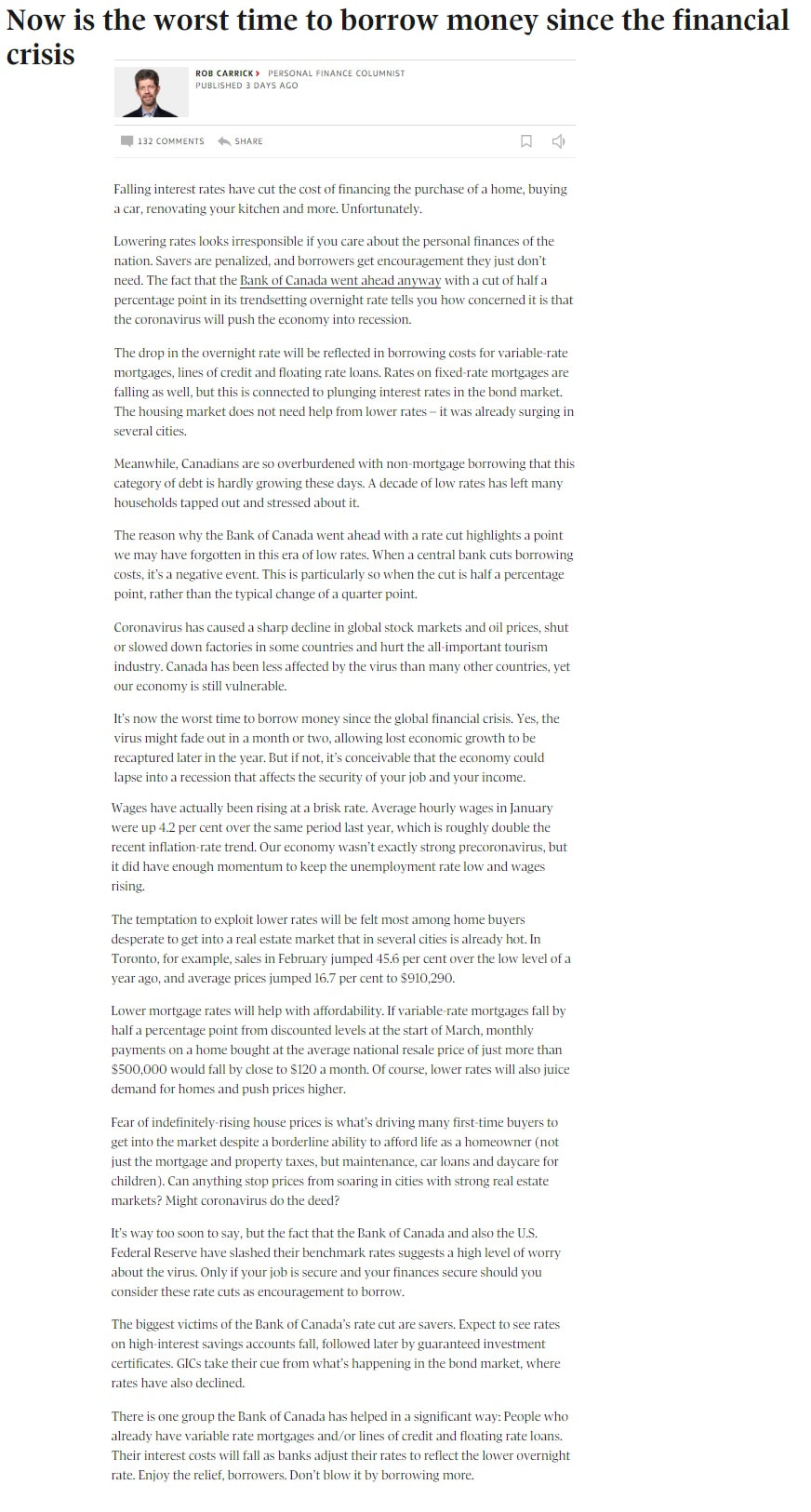 Rate cuts are another headwind for Canadian lenders 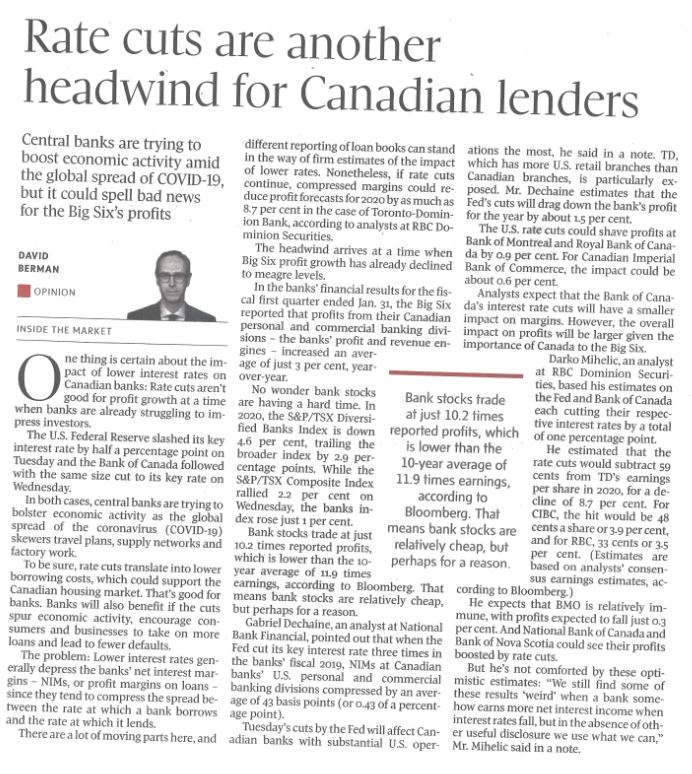 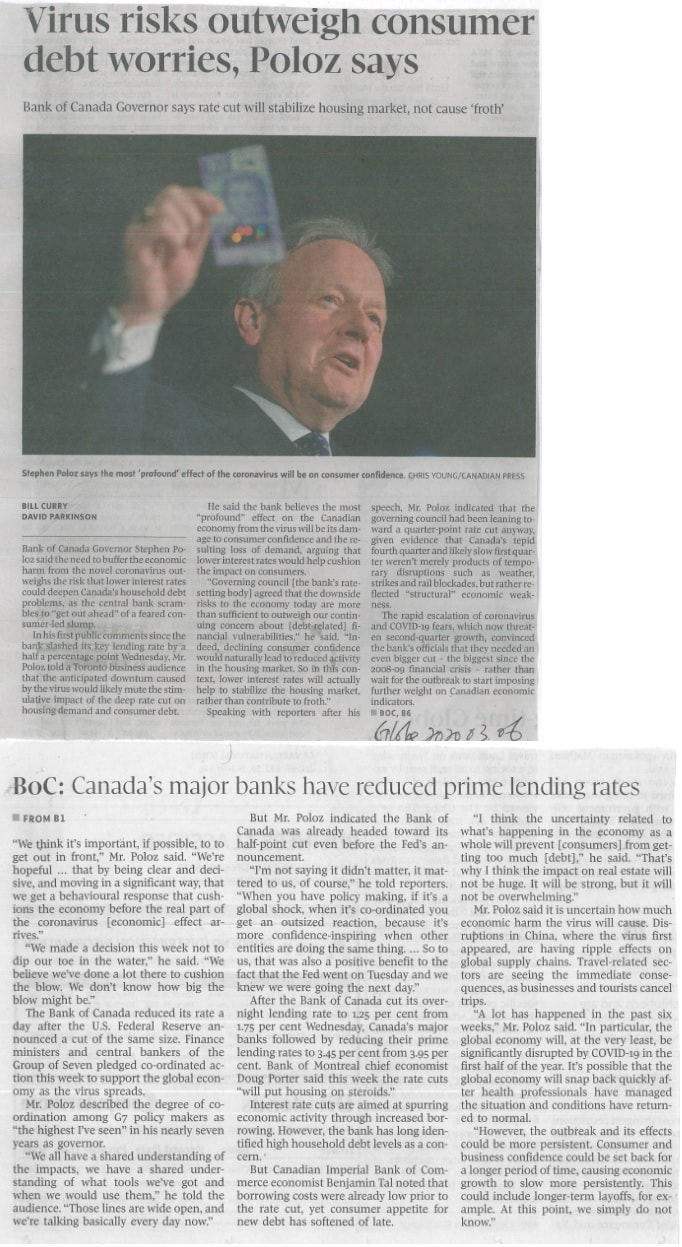 What the Bank of Canada rate cut means for mortgages 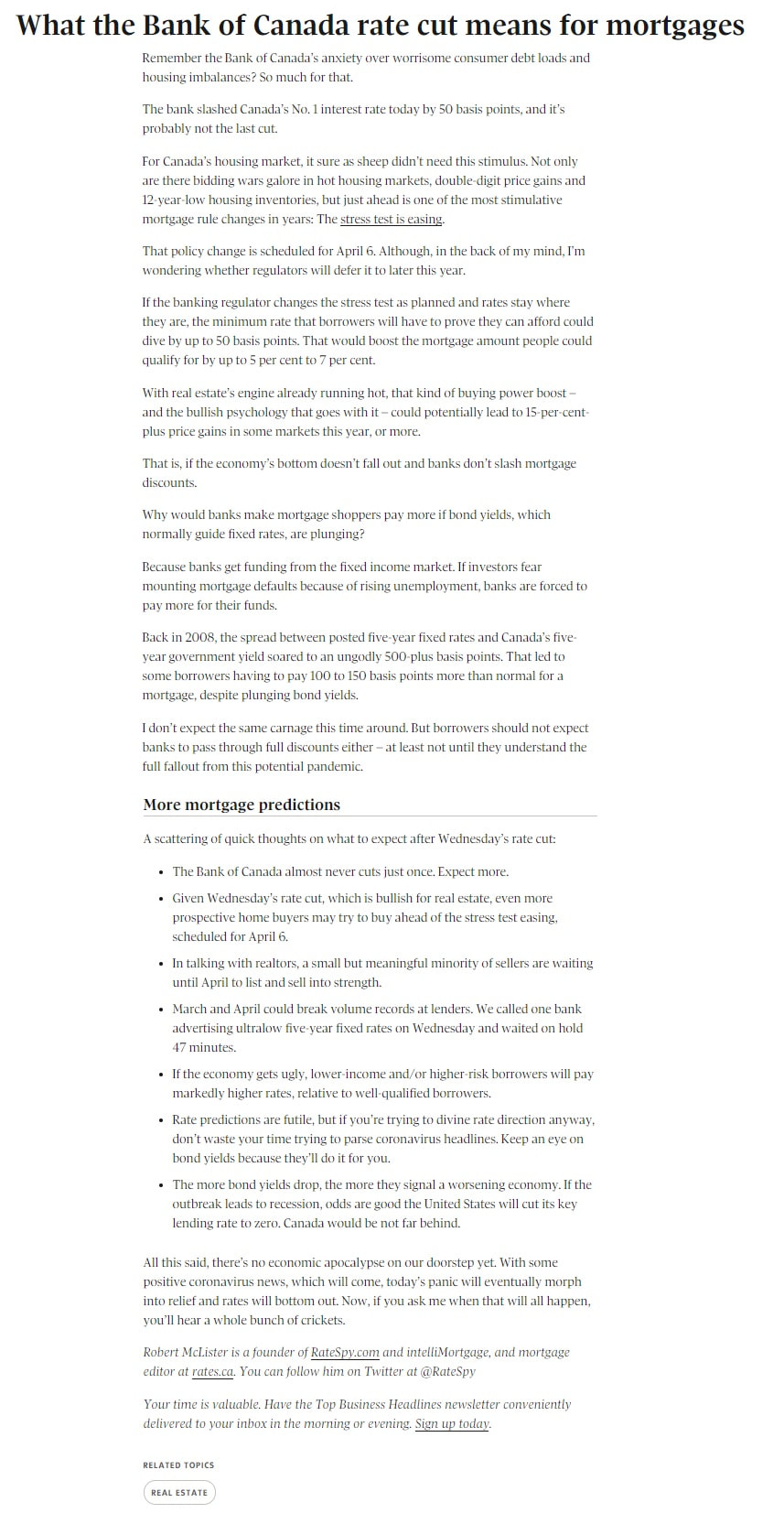 William Watson iPhone out of stock Buy a house instead 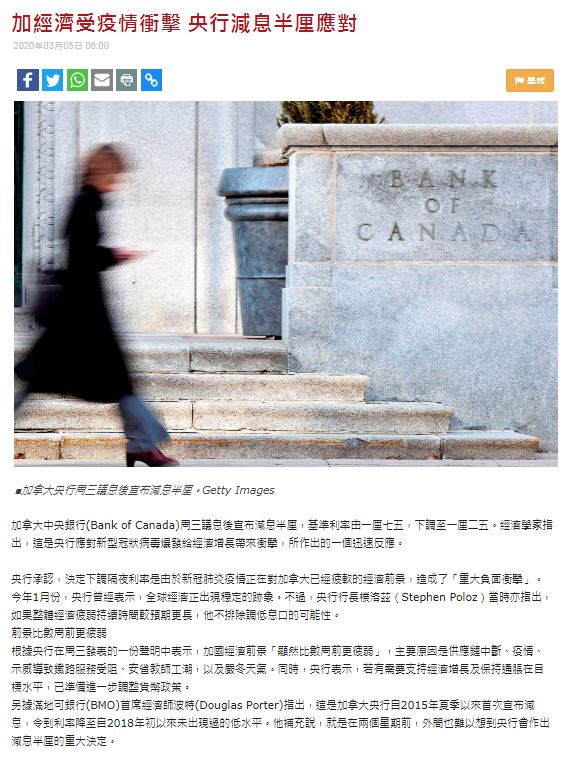 How to take advantage of lower interest rates 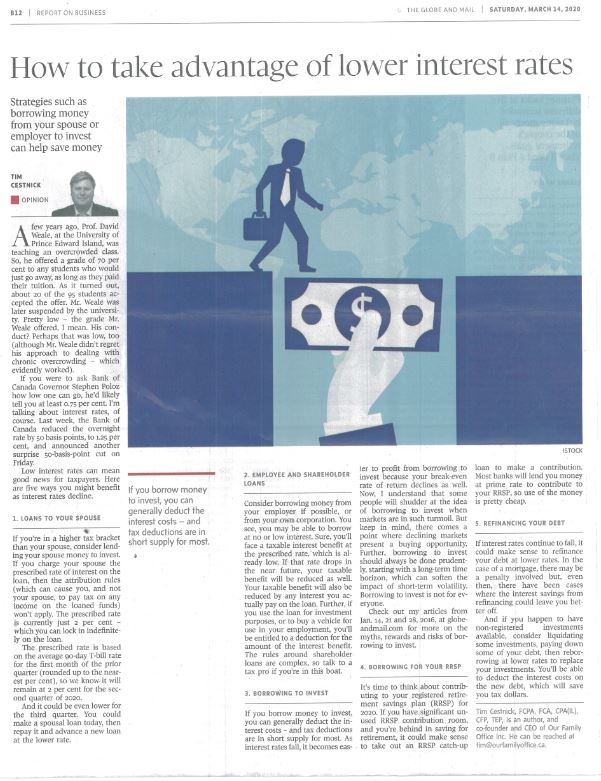 As coronavirus spreads, why are mortgage rate rising 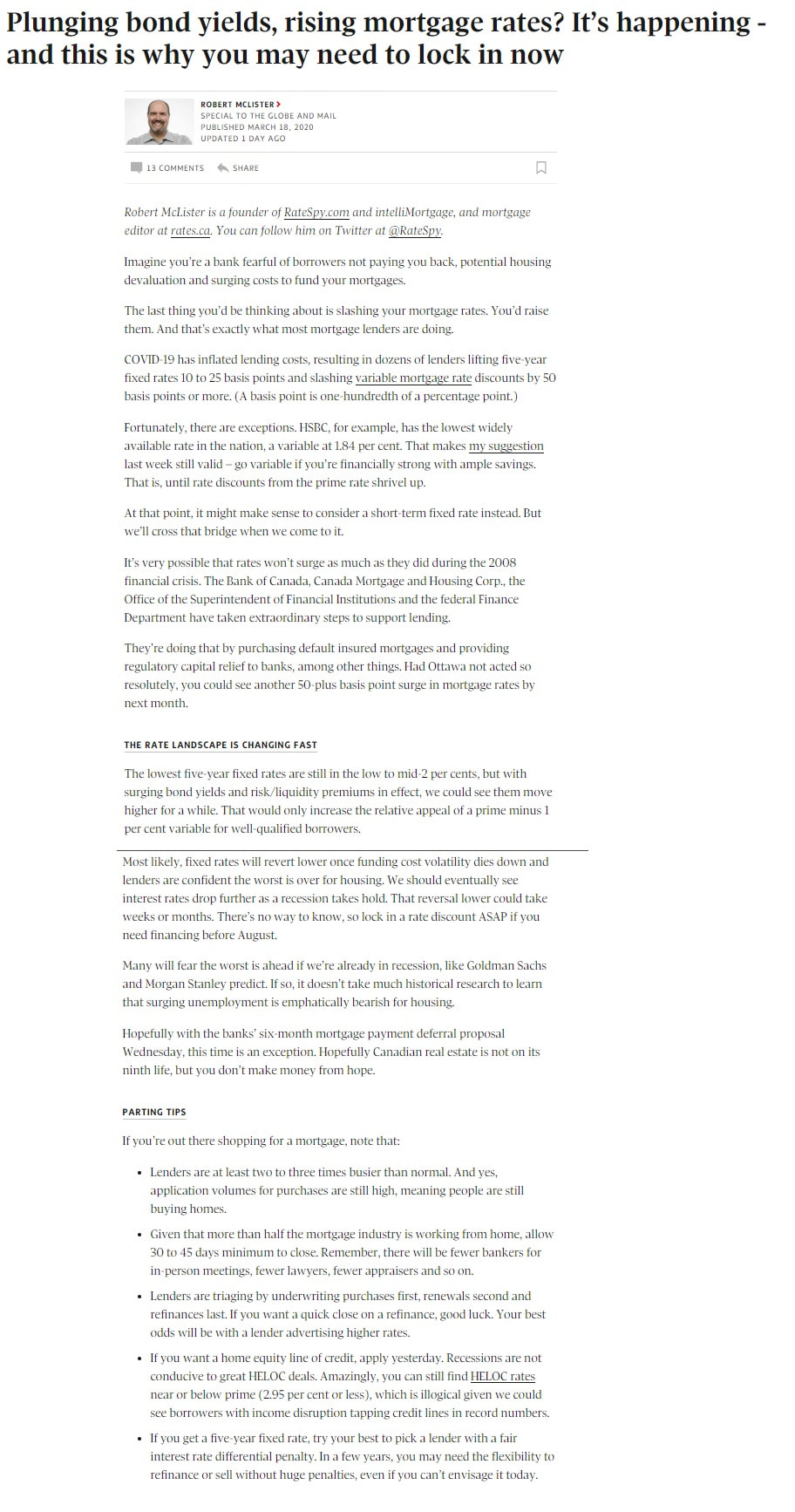 The true cost of a decade of low interest rates 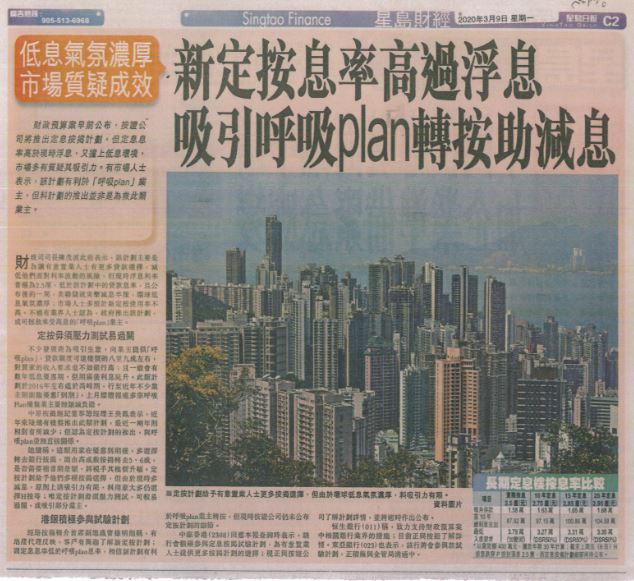 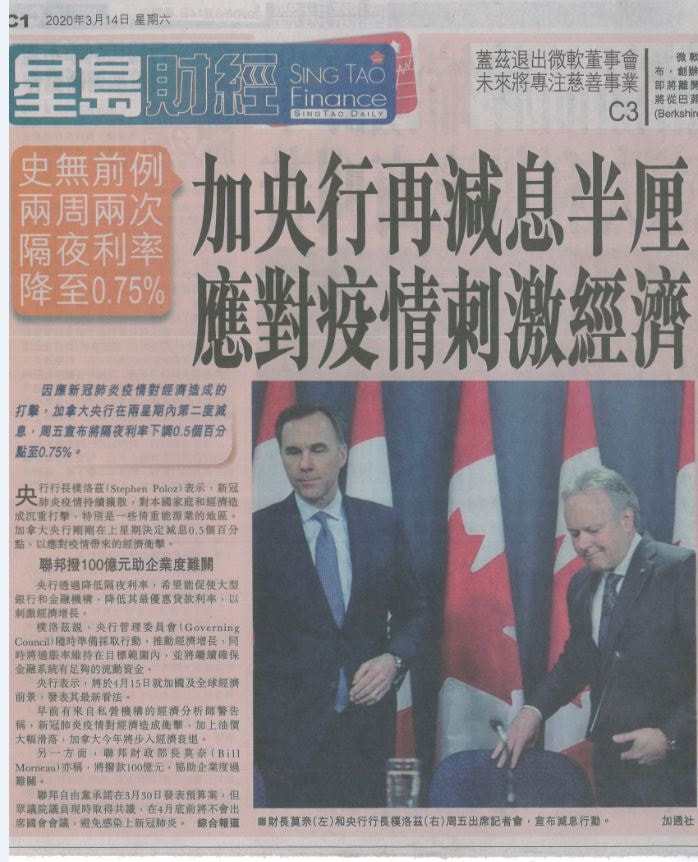 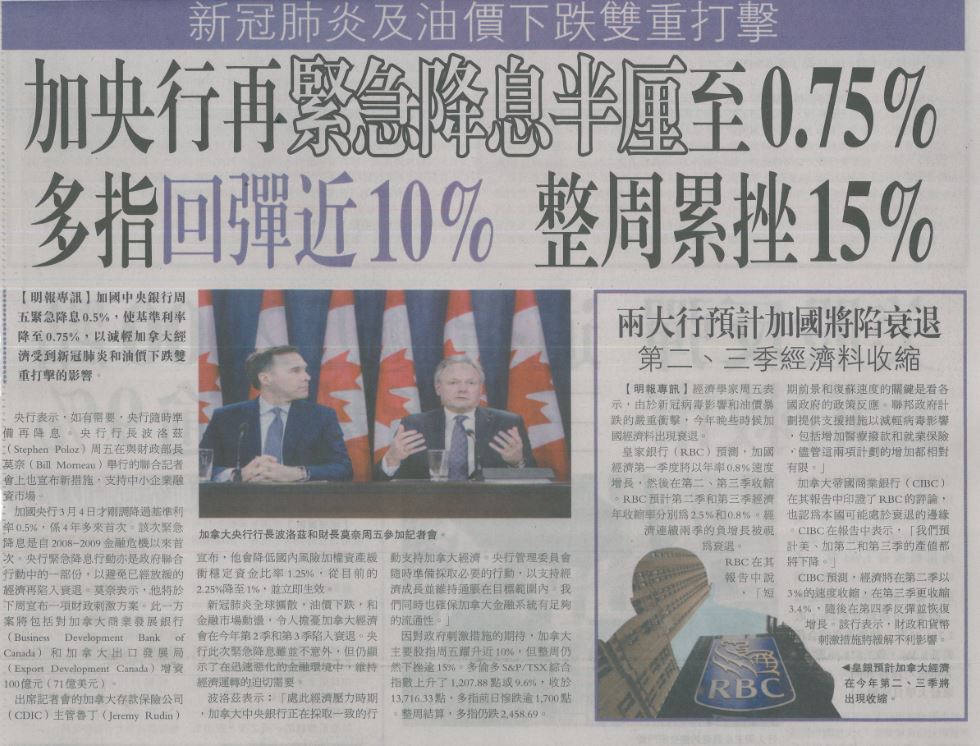 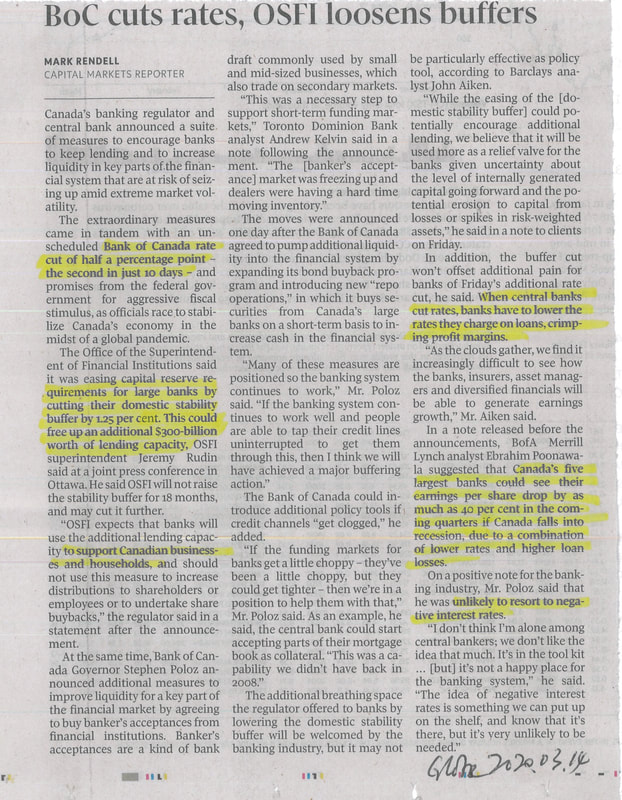 as the pandemic pounds interest rates, where should savers turn?