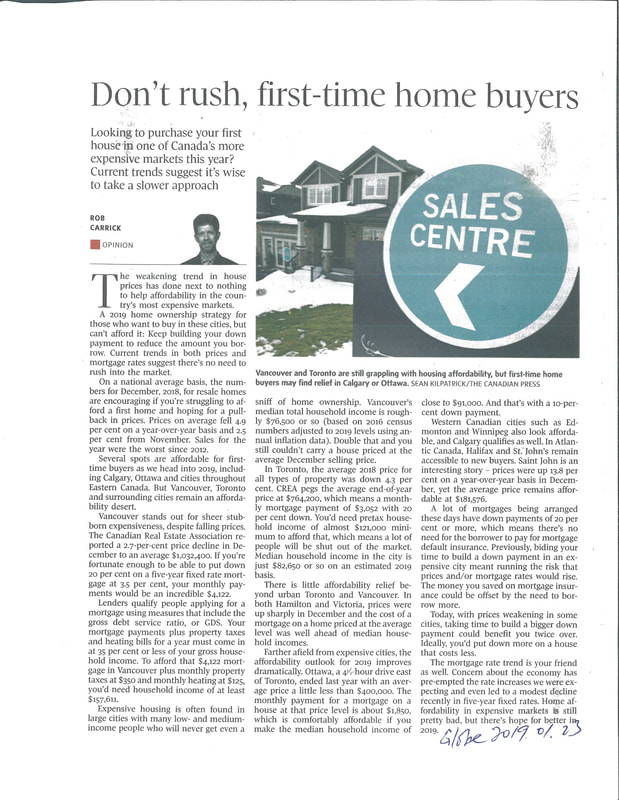 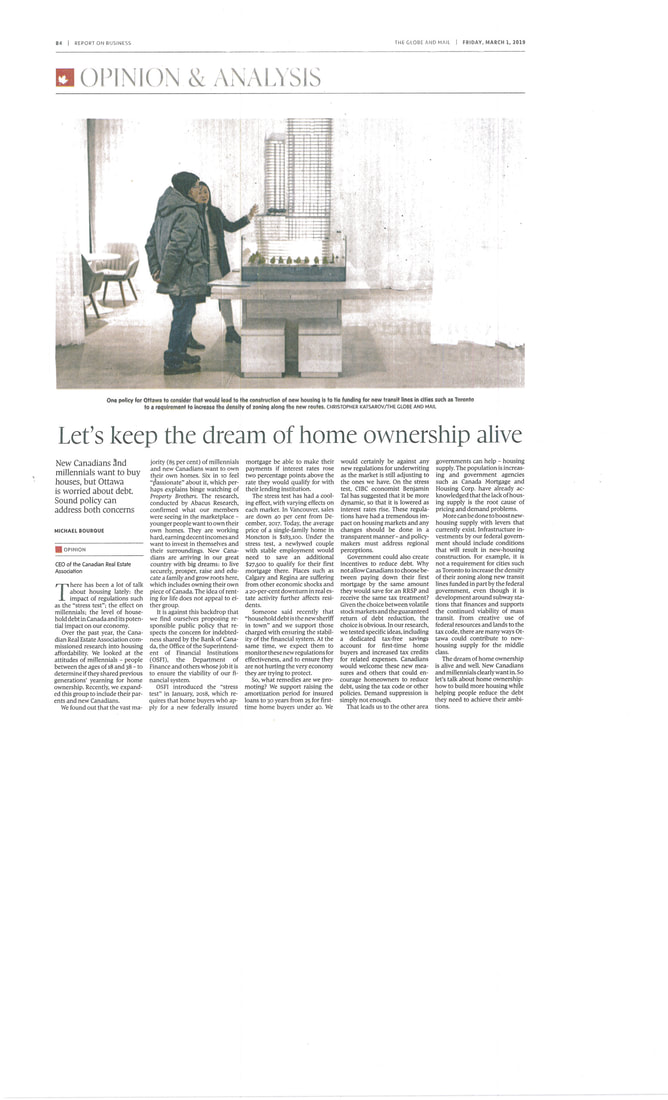 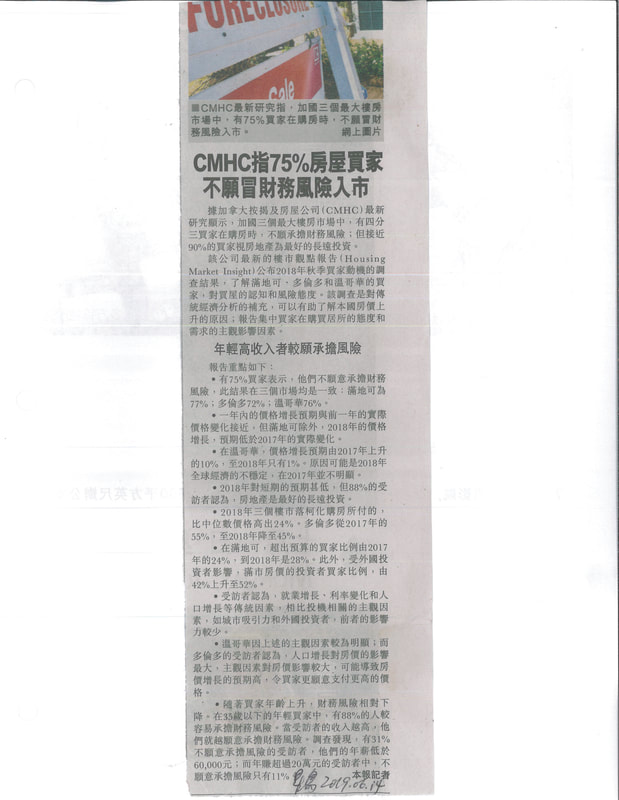 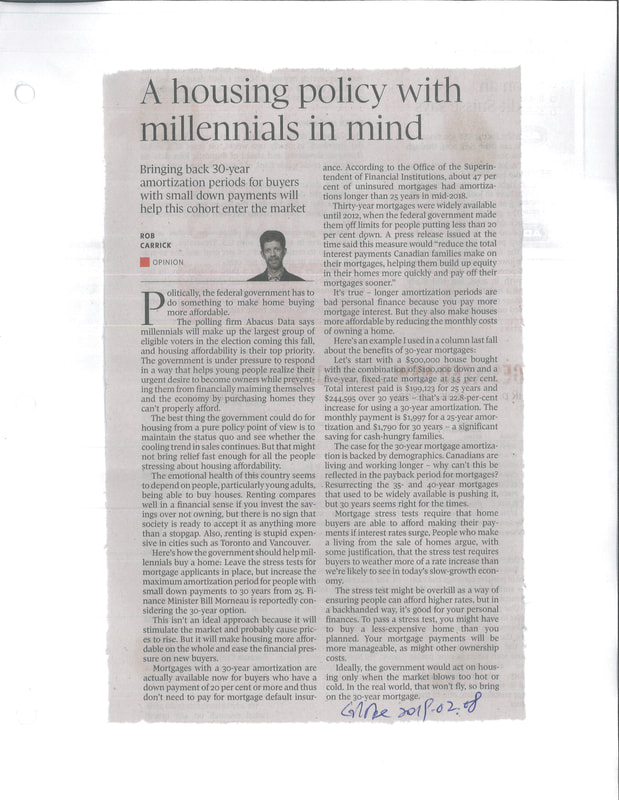 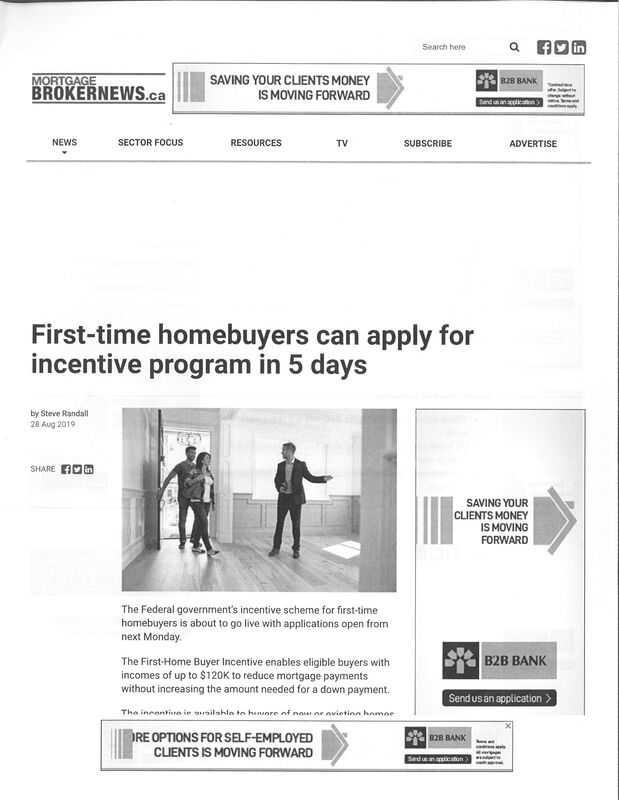 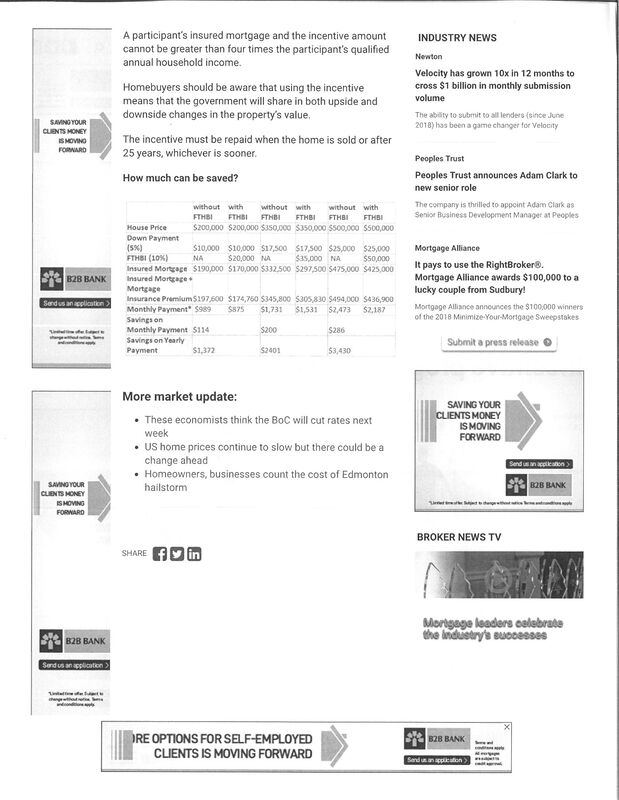 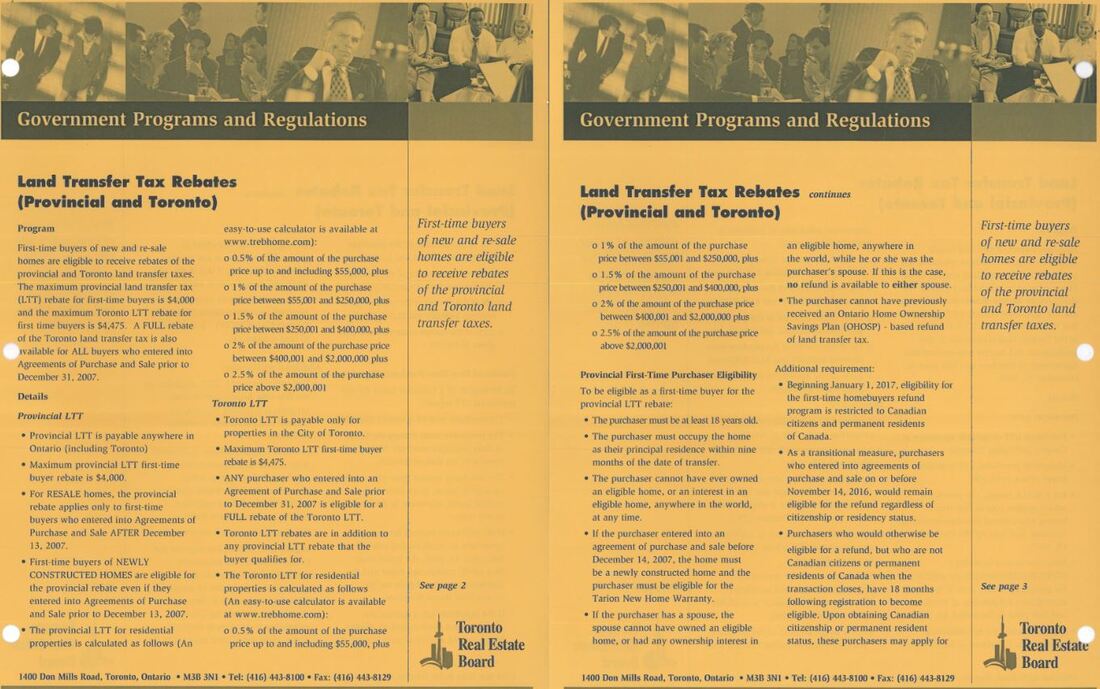 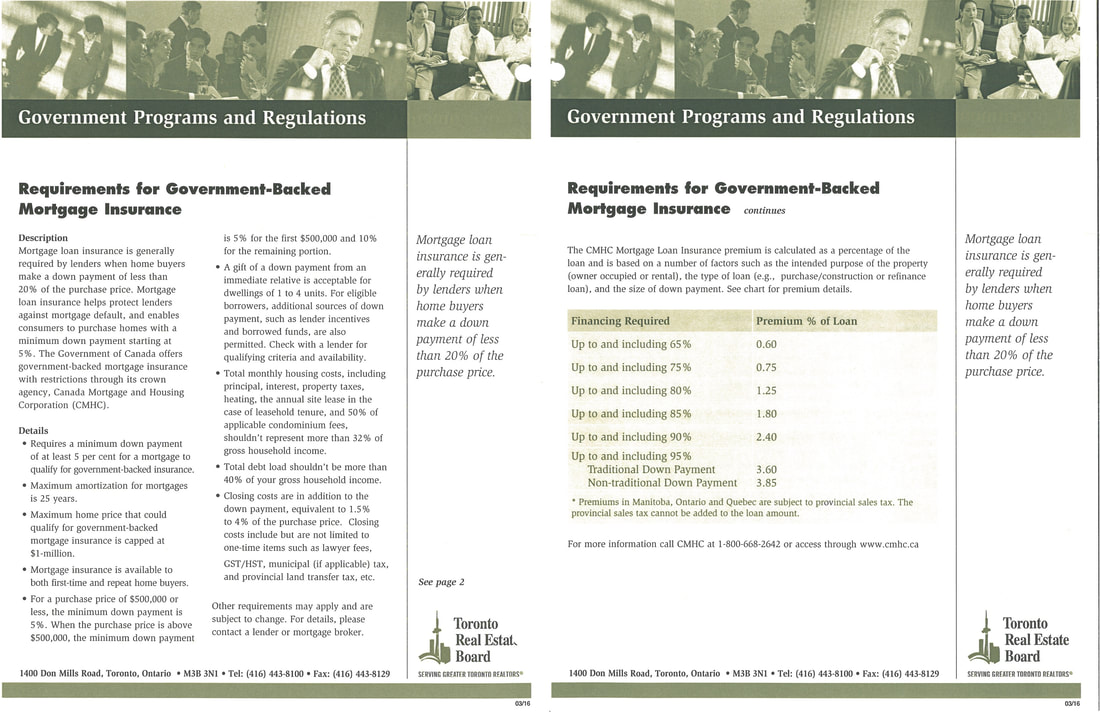 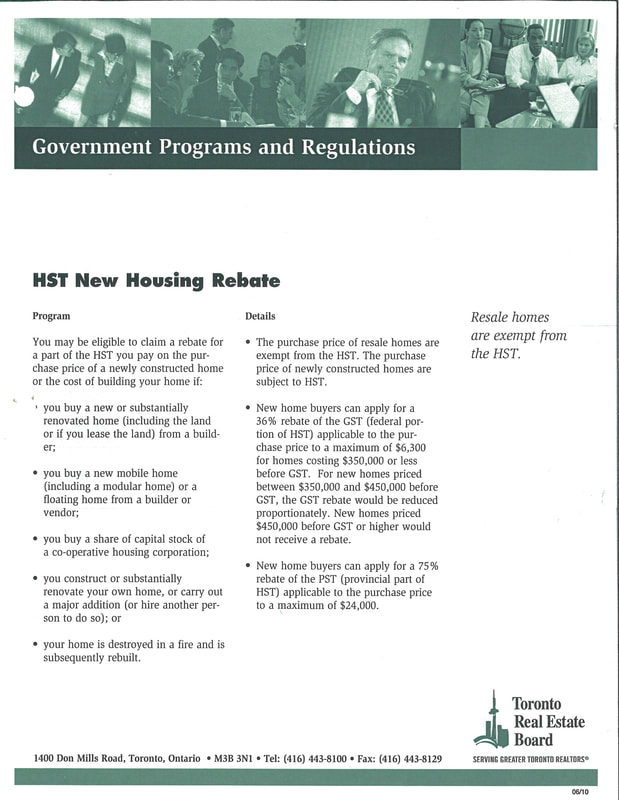 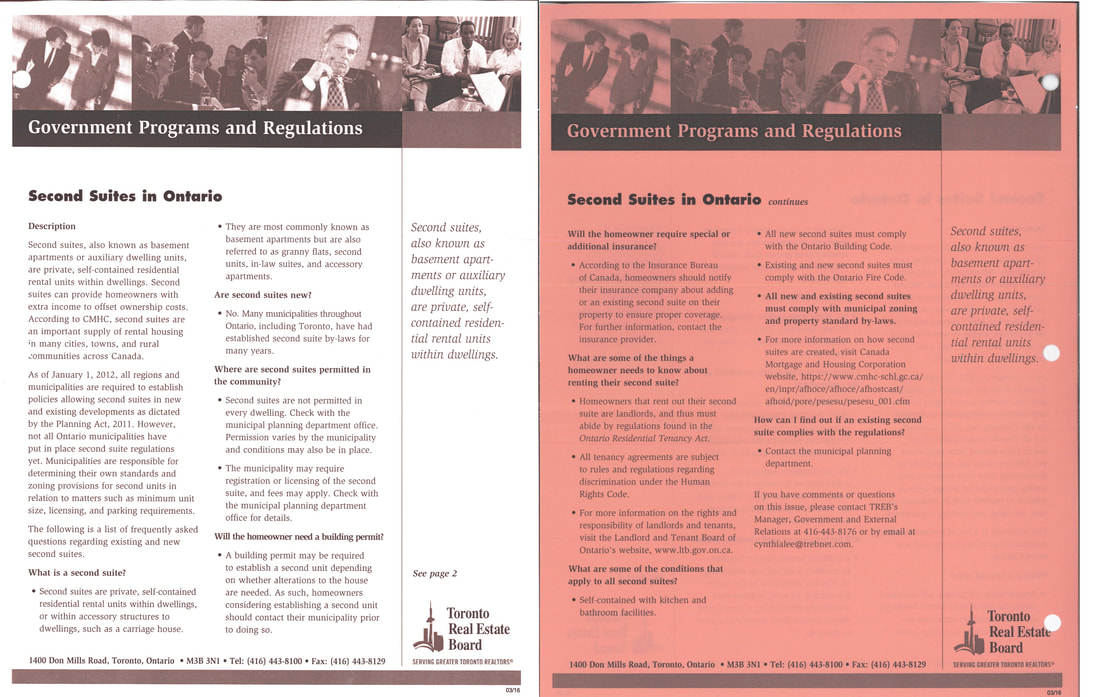 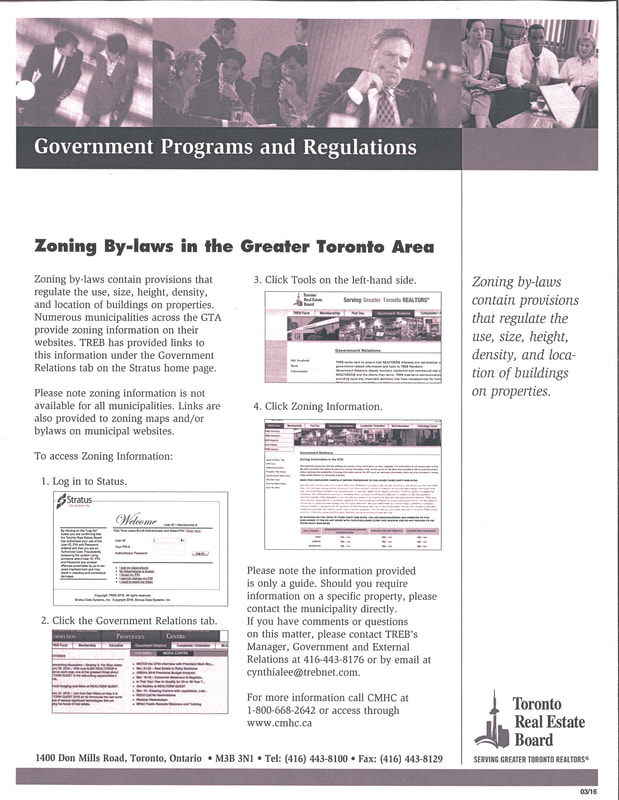 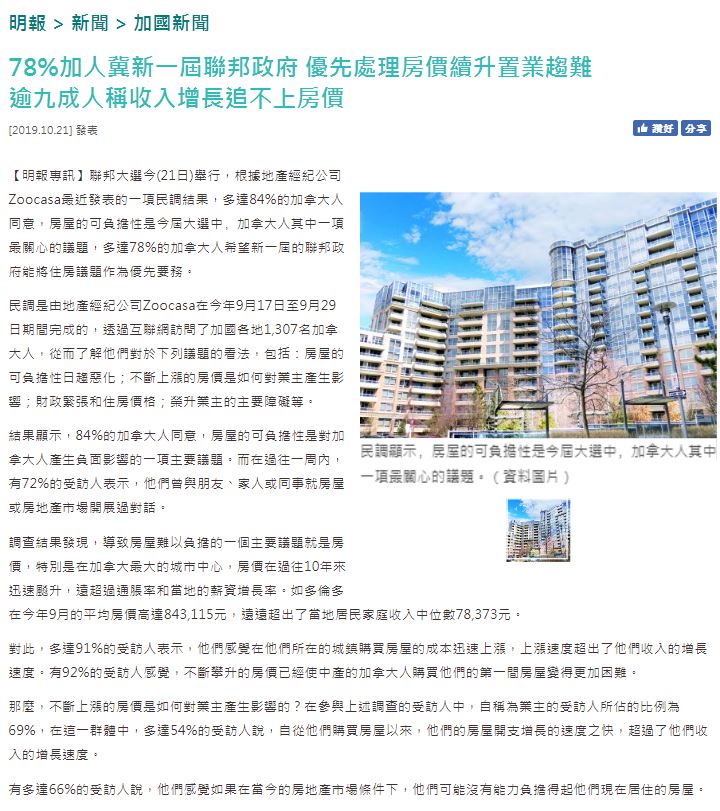 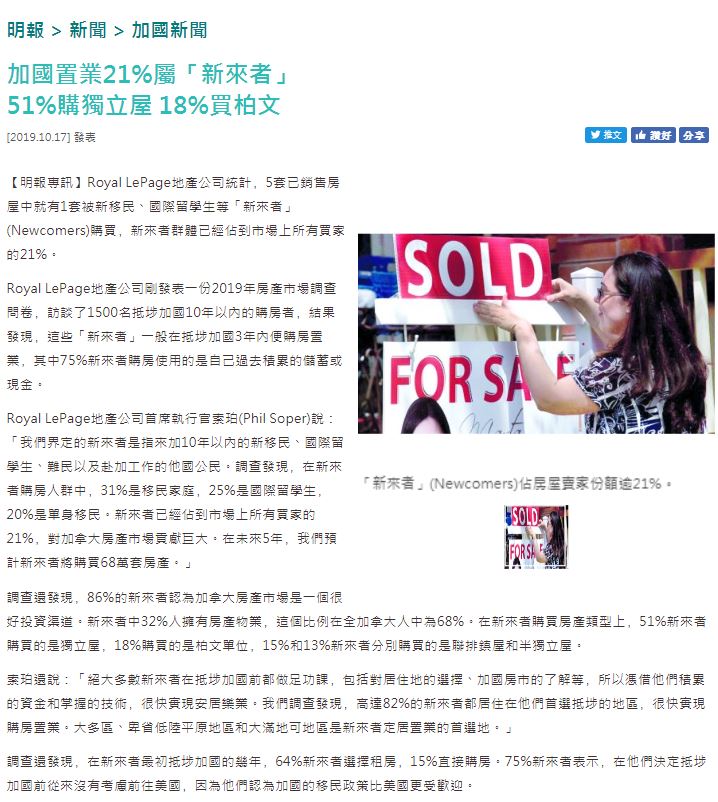 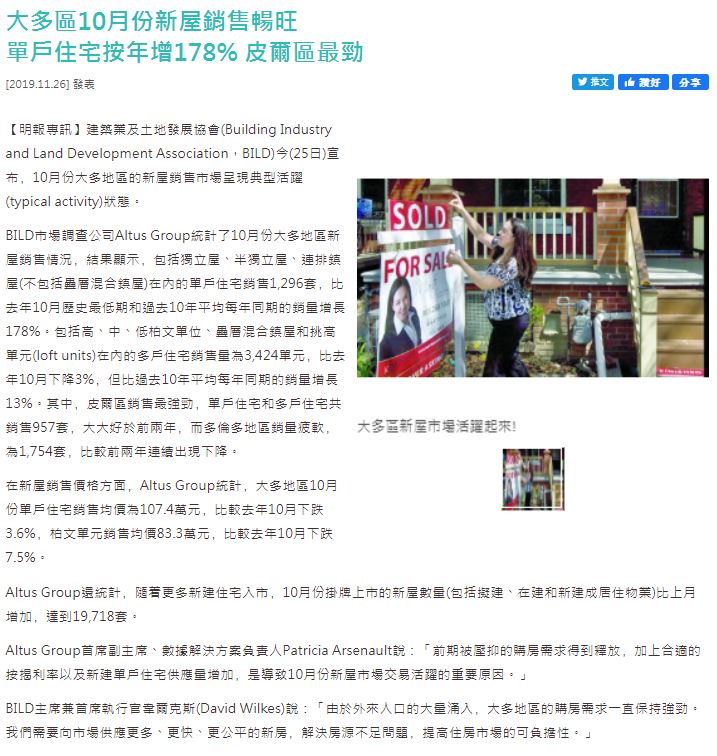 Buying property with friends can be a risky investment 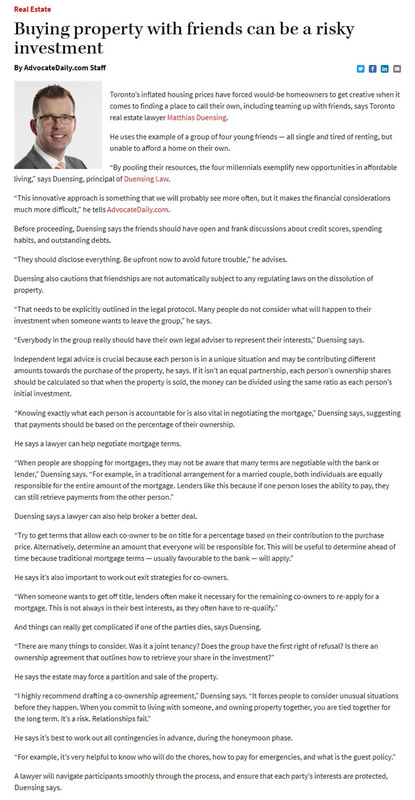 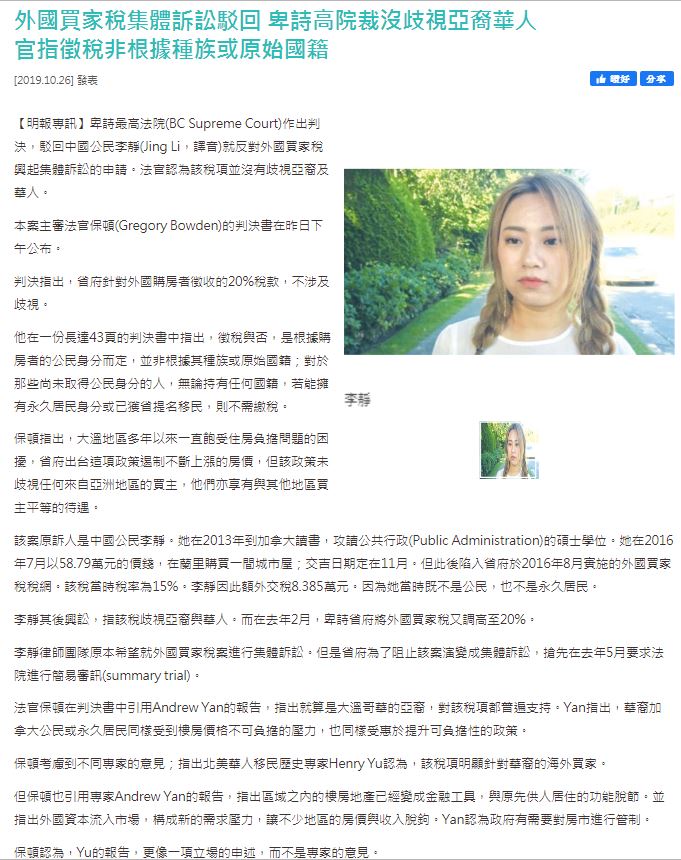 INTERNATIONAL BUYER:​Hong Kong investors eye Canada(2019.07.26)
As protests continue to rock Hong Kong, real estate brokers in Canada and the U.K. are fielding a flood of inquiries from investors in the former British colony who are eager to get out.
Dan Scarrow, president of Macdonald Real Estate Group in Vancouver, said many of his Chinese agents saw an uptick in interest for both sales and rentals this month from Hong Kong.
One of his agents is putting off her planned retirement this year to capitalize on the opportunity.
Before, it was usually a ratio of five mainland Chinese to one Hong Kong buyer coming to open houses, he said. “It has completely flipped now,” Scarrow said.
People have begun scouting for properties in cities including Toronto, Vancouver and London, England, as the unease surrounding Hong Kong’s political future grows amid China’s increasing influence. A drop in residential property prices is making some of these cities attractive. “Hong Kong money could become a major source of capital,” said David Ho, a broker at CBRE Ltd. who deals with Asian investments.
A look at few of the markets that are of interest to the Hong Kong buyers:
Vancouver’s advantage Vancouver, where housing prices have been in a slump for the past year, may be the first city to benefit from the upheaval in Hong Kong. Changes in Vancouver tax laws have pushed property prices lower since 2018, Knight Frank LLP said in a report, adding that investors will also benefit from currency-adjusted discounts of 17 per cent over the last year. Luxury homes were hit hardest by property tax changes causing the price of mansions to fall in the last few months leading to more incentives for buyers. With the city being home to a large Asian population, Vancouver is an appealing choice for many Hong Kong buyers.
“The tsunami tide of capital coming overseas in the last 10 years displaced a lot of old Hong Kong money,” CBRE’s Ho said. “Now, Hong Kong capital is looking at the price correction in Vancouver as an opportunity to get back in the market.”
Toronto boom Ho’s team is working on more than $400 million worth of potential deals for the likes of high-net worth individuals and publicly listed companies who want stability and attractive yields from the city’s real estate boom.
Canada’s biggest city Toronto is emerging as a popular choice for commercial and residential property investors given the strength of its housing market, which is partly driven by growth in technology and financial services industries. A weaker Canadian dollar may also mean attractive yields on some deals.
Brexit discounts Demand for the top 5 per cent most expensive London residential properties has surged from Hong Kong this year, representing about 6 per cent of all prospective purchasers registering in the market, according to Knight Frank. Investment from Hong Kong is bound to grow in the next12 months as more clarity around Brexit emerges, the property consultancy firm said.
What home buyers need to know about pre-approvals 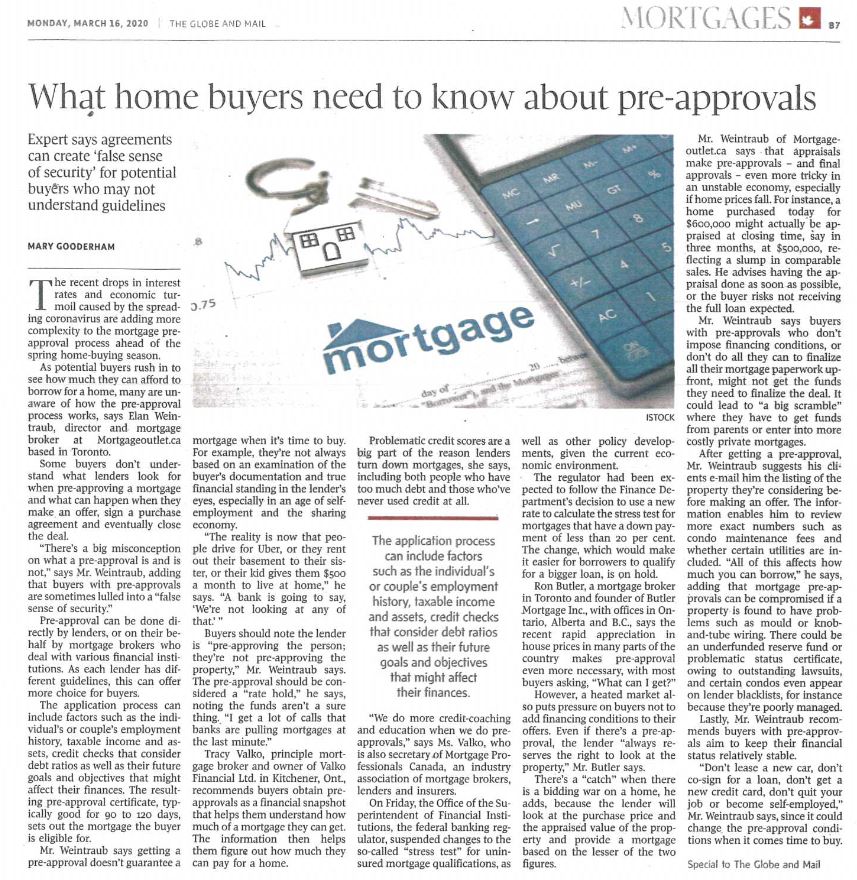 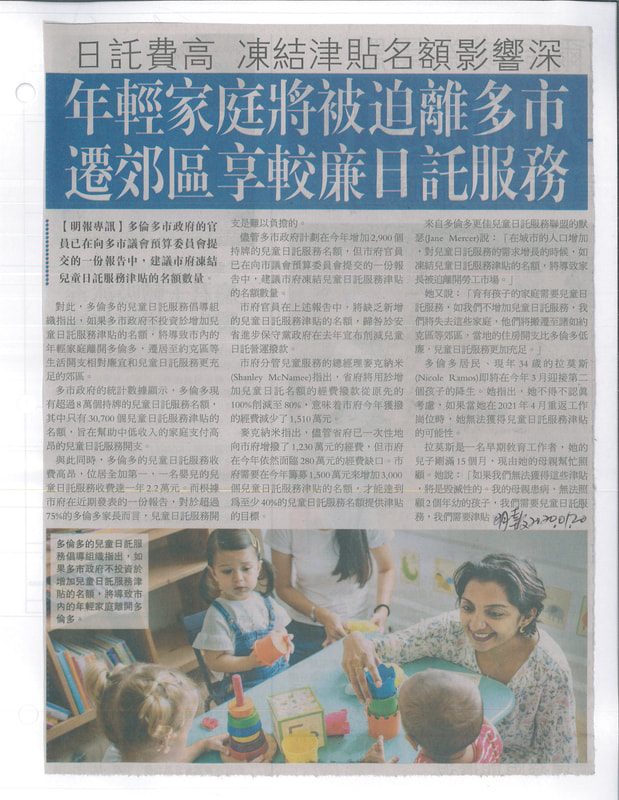 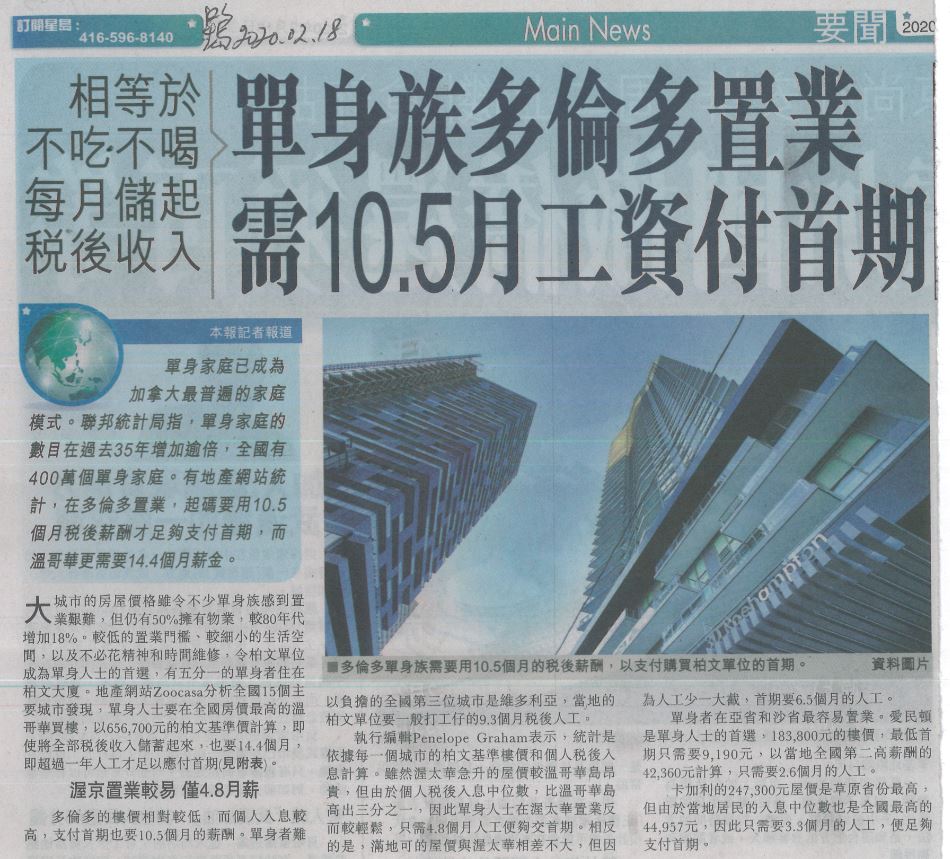 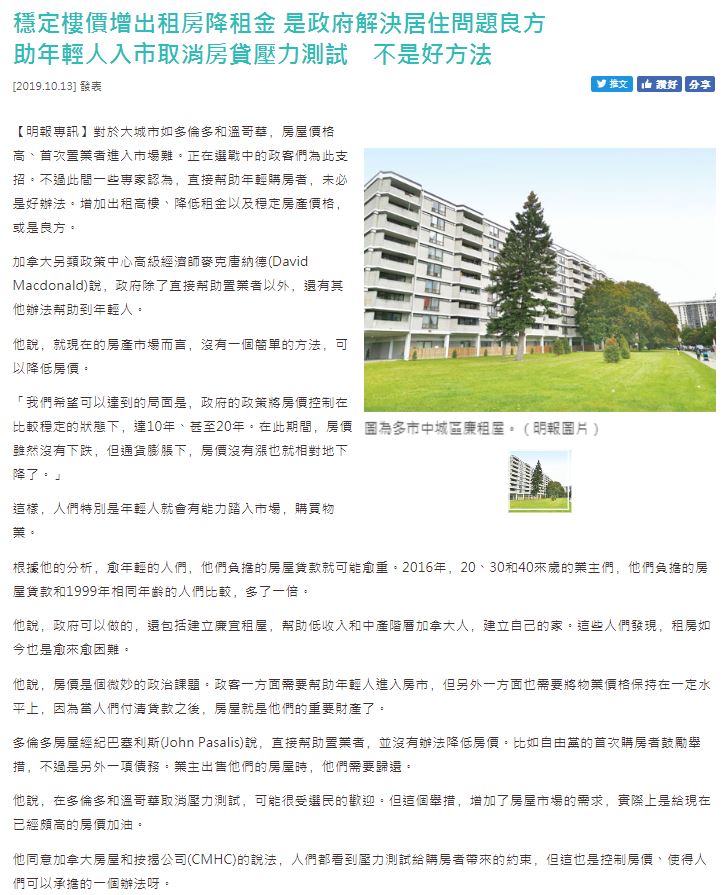 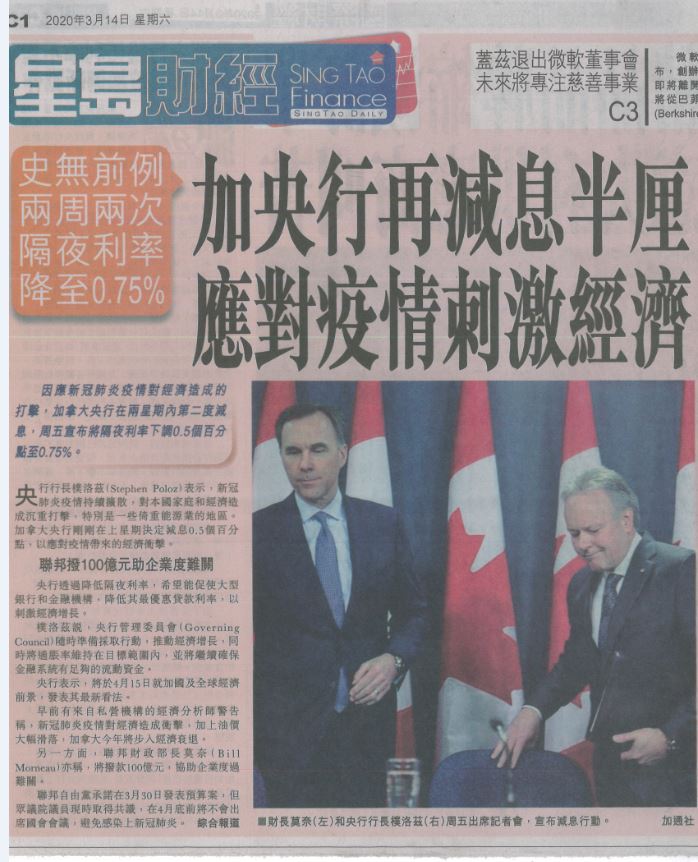 A renter moves out and then gets a bill, what damages must tenants pay for? 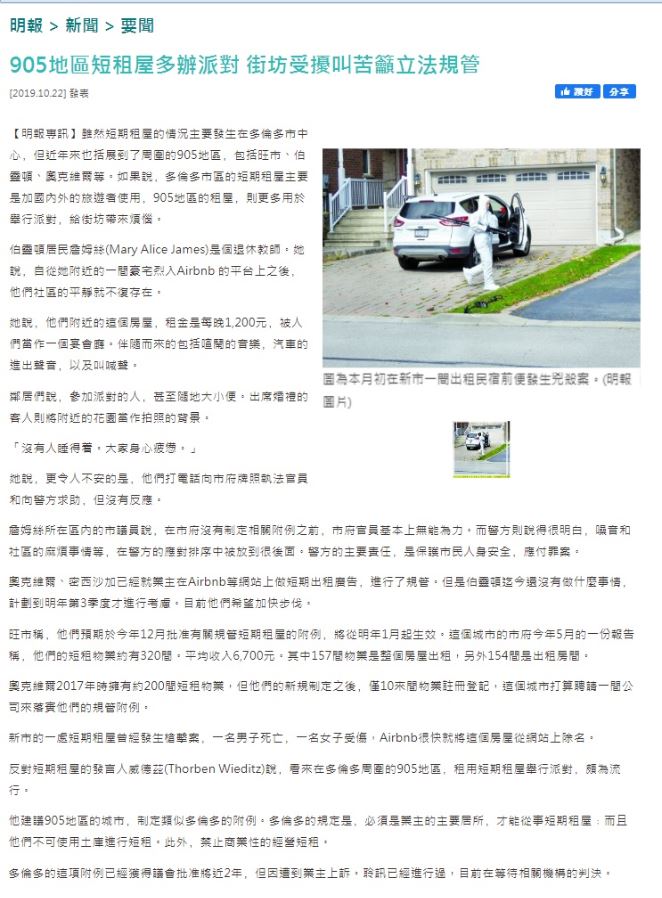 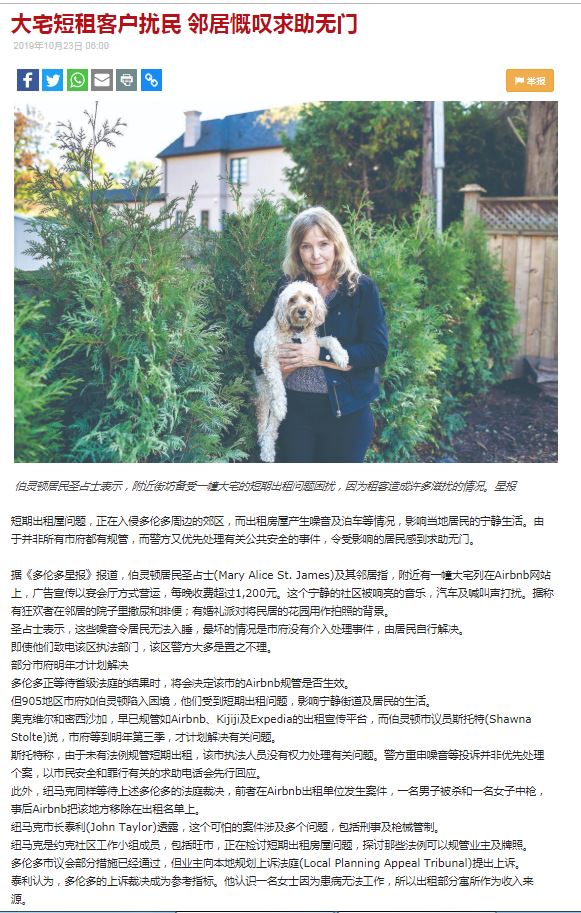 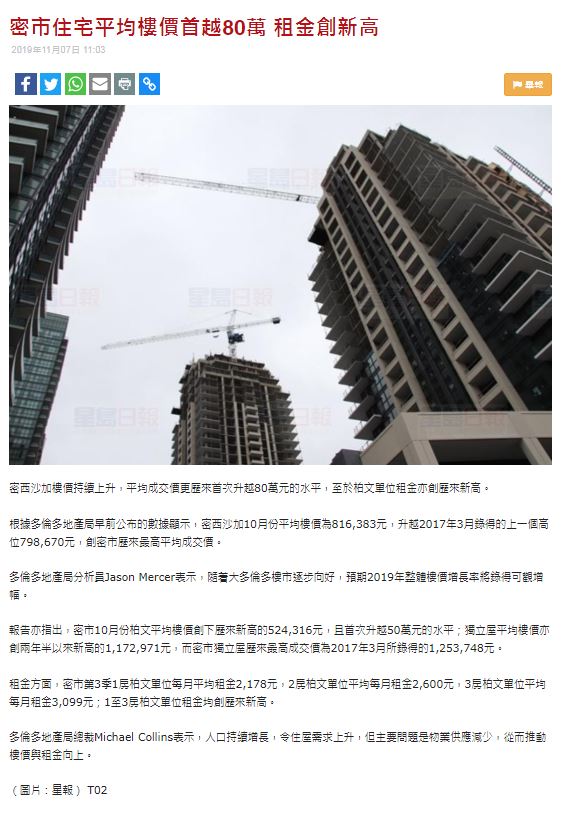 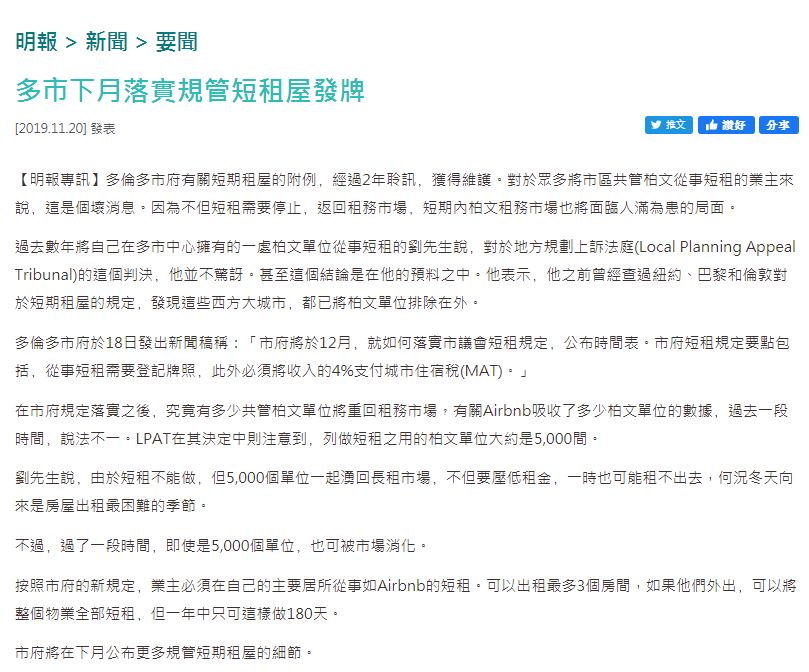 Brodie, 42, had lived for more than a year in an upstairs rental unit in a building police said was being used as an illegal marijuana dispensary. On July 9, officers and city officials raided the building. They entered his apartment without warning and ordered him out. Officers seized most everything in the unit. He has just a duffel bag with some clothes.

They charged the landlord for operating an illegal dispensary and barred re-entry to the building, with the law calling for a potential fine or jail time for doing so. Brodie was not charged.
“The seizure of the applicant’s property is unreasonable given that the applicant is not involved in the operation of the cannabis store and is not named as a party to the information or search warrant,” asserts his application filed by lawyer Selwyn Pieters.
The impugned legislation – part of the More Homes, More Choice Act – amended the Cannabis Control Act of 2017, which allows police to close a building used for illicit pot sales and remove the occupants. The amendment closed a loophole that barred officers from evicting residential tenants. It also precluded Superior Court judges from awarding costs to a person trying to get back their seized property.
“The amendment allows officers to remove tenants from a premises without any, or inadequate, legislatively mandated restraints, oversight, accountability and/or transparency,” the application states. “No consideration is given to the lawful nature of the tenant’s occupation of the premises.”
The “draconian” legislation is too sweeping and arbitrary, the notice asserts, and its application has caused Brodie serious physical, mental and emotional harm.
During legislative debate on the amendment, New Democrat Jeff Burch warned about the potential consequences of the law.
“Giving the ability for a family to be expelled from their home because a family member – or worse, a visitor – engages in an illegal activity is unthinkable,” Burch said in May.
Brodie, a painter, said he’s been sleeping on a park bench and has not been able to access his tools. The situation has left him in despair, he said.
Neither Attorney General Doug Downey nor Solicitor General Sylvia Jones responded to a request for comment. (Global News, Colin Perkel)


To limit Airbnb’s ghost-hotel hosts, the City of Toronto passed bylaws in 2017 and 2018 that would make an Airbnb operator get a licence from the city, restrict the number of nights a listing can rent (180 days), restrict all listings to the operator’s principal residence (no second, third or fourth properties for rent). The regulations also ban renting out basement apartments (often the most affordable segment of the long-term rental market). The rules have been appealed to Ontario’s Local Planning Appeal Tribunal, and are not yet in force. Such activists as the Fairbnb coalition say they believe a majority of the city’s approximately 9,500 Airbnb listings would be in violation of the new rules, and estimate more than 6,000 apartments could be available for long-term rental if the rules take effect as written.
Another complication for sellers and buyers hoping to make money with Airbnb is that when a typical residential property with rental income attached is purchased with a mortgage, most lenders will include a special contract in the loan referred to as an “assignment of rents” agreement. What the bank or lender is after is some protection for its investment – in the event that the mortgage borrower stops making payments, the rents paid by the tenant will be forwarded directly to the banks.
Often times, those agreements include requirements to notify the bank if anything about that rental stream changes, such as if a tenant leaves or if you re-occupy the rental unit for personal use. Turning a long-term rental into an Airbnb would likely violate those conditions, because there’s no longer a guaranteed rent coming in.
In those instances, “The assignment of rents clause is inoperative, or unenforceable,” Mr. Butler said. “I would suspect that fully, a third of [Airbnb units] are non-disclosed to a lender. The reality is the bank will never know, until and unless the person wants to do another mortgage transaction.” If a bank is looking, it could be easy to google an address to see if there’s an Airbnb listing connected, or to demand proof of a lease or rental receipts.
What happens next could vary: “Depending on the bank, they might say: ‘Well, we’re not going to give you a refinance and you’re lucky we don’t call your mortgage,' ” Mr. Butler said.
Perhaps that helps explain that while there are thousands of rooms for rent on Airbnb in the Greater Toronto Area, there are fewer than a dozen active listings (out of close to 6,000) on the Toronto Real Estate Board’s multiple listing service that even mention Airbnb, let alone confirm a house for sale engages the service.

One such outlier is 262 Dunn Ave. in Parkdale, listed by Jenna Pearce, sales representative with Blue Elephant Realty Brokerage and The Real Estate House sales team, which describes it as “3 storey legal Victorian duplex. Short term/long term rentals, or live in both.” The asking price is $1.529-million.
"My sellers were very open about it, they wanted people to know they are making great income during the summer, they thought that might be more of an incentive,” Ms. Pearce said.
One more potential pitfall for realtors is the legal status of an Airbnb unit. In the past decade, Ontario’s real estate industry regulator has sanctioned agents who advertised things such as rental income associated with illegal basement apartments. Airbnbs exist in a legal grey-zone in Toronto for now, but should that change realtors would be required to take notice.
“A key requirement for all advertising is that it must be truthful. In particular, advertising cannot be false, misleading or deceptive. Brokers and salespeople can market the potential income a property could generate, as long as it meets these requirements,” said Joseph Richer, Registrar of the Real Estate Council of Ontario. “It would not be acceptable to market a property’s potential income from short-term accommodation rentals if such a use were prohibited by law.” (The Globe and Mail, Shane Dingman) 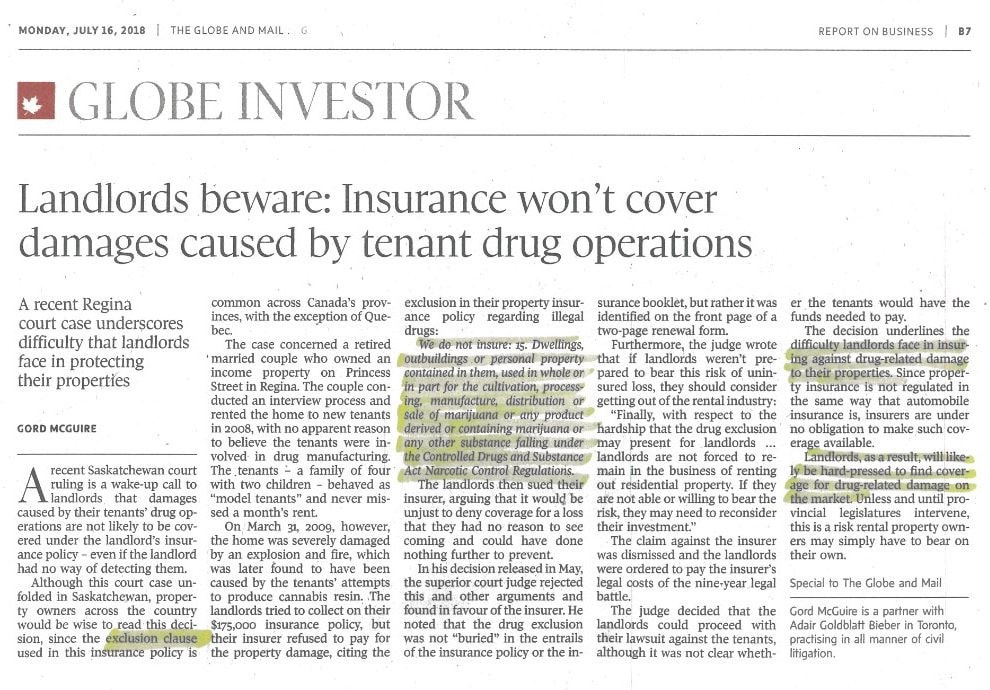 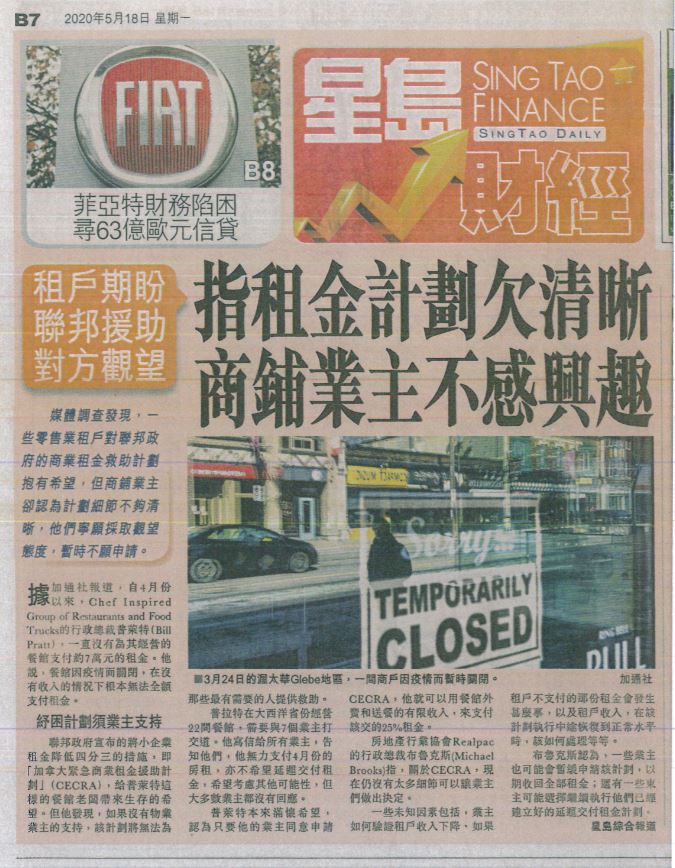