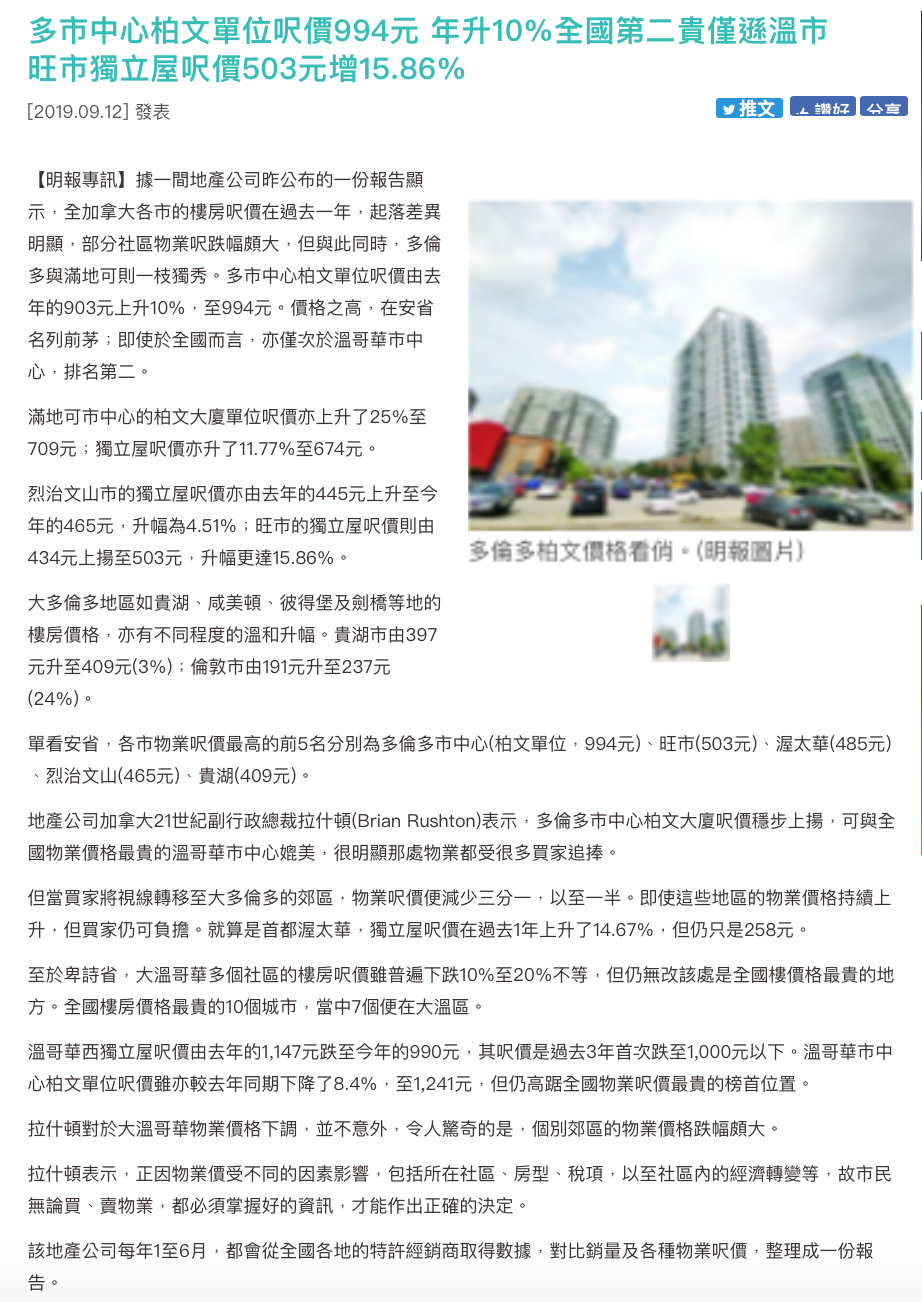 Waterfront Toronto issues final offer to Sidewalk Labs: no guaranteed LRT, no expansion beyond Quayside(2019.10.31)
In its final offer to Google sister firm Sidewalk Labs, Waterfront Toronto has rejected many of the company’s proposals for a futuristic downtown neighbourhood known as Quayside, insisting the American tech giant confine its ambitions to a narrow 12-acre slice of land and allow all data collected at the site to be managed by the public.
Details of Waterfront Toronto’s final offer, which were described to the Star by a source with knowledge of the document, were sent to Sidewalk Labs on Monday afternoon. They represent a nearly complete repudiation of the conditions the company has set out for one of the world’s first smart city developments. Sidewalk Labs has until Wednesday evening to come to a deal as its existing agreement with Waterfront Toronto expires on Oct. 31.
Key points in the offer include: “Waterfront Toronto and Sidewalk Labs have been engaged in discussions on the threshold issues outlined by our Board Chair in an open letter,” said Waterfront Toronto spokesperson Andrew Tumilty. “Waterfront Toronto has pushed for a realignment on these critical issues in order to ensure that we have met our mandate to the public good.
​“These discussions continue,” he said.
Sidewalk Labs spokesperson Keerthana Rang said she was unable to comment because negotiations continue.
When Sidewalk Labs released the ambitious Master Innovation and Development Plan (MIDP) in June, its proposal went far beyond the small tract of land at the foot of Parliament Street that the company was invited to bid on to include the adjacent Villiers Island — where Google would house its future Canadian headquarters — as well as more than 100 acres in the wider eastern Port Lands.
Sidewalk Labs’ vision included a demand that the city build a $1.2-billion LRT line to service the area — something it offered to help finance.
The company said it would share revenue with the city from any technology developed on the site. It would also receive “performance payments” if certain benchmarks were met, such as the numbers of jobs created.

A previous proposal, that was described in internal documents revealed by the Star, was to have Sidewalk Labs receive a cut of future development fees and property taxes collected on the waterfront. This didn’t make it into the MIDP.
Waterfront Toronto’s counter-offer is an effort “to throw (parts of) the MIDP out” and “start fresh,” said the source, which the Star agreed to not identify because they were discussing confidential negotiations. It reflects many of the positions stated by Waterfront Toronto chair Steve Diamond in an open letter issued after the MIDP was released in June.
Any deal that includes land beyond Quayside is “premature,” Diamond wrote at the time, and “Waterfront Toronto must first see its goals and objectives achieved at Quayside before deciding whether to work together in other areas.”
Waterfront Toronto’s final offer states that Sidewalk must only develop on Quayside, the source said, and the company will have to bid against other developers in the future for the right to develop anywhere else along the eastern waterfront and Port Lands areas — including Villiers Island.
The offer also pushes back the date to secure a commitment from the three levels of government to build an LRT. Instead of insisting that commitment come immediately, the offer would give both sides until December 2020 to lobby government for the public transit line.
It also asks for new provisions for the sharing of intellectual property, which are considerably more favourable to Canadian companies, the source said. Members of the Canadian tech community have criticized the MIDP for maintaining too many of the rights — and future profits derived from these rights — to the technology developed in the smart neighbourhood.
Finally, the source described how Waterfront Toronto wants the data collected at Quayside to be managed. Rather than an independent third party called an urban data trust, as Sidewalk had proposed, all data should be controlled by the government, like it is in Amsterdam and Barcelona, European cities that have enshrined “data sovereignty,” ensuring that citizens, rather than big tech, get to control the way their data and the data collected in public spaces is used.
“The idea is that there’s minimal data collection and maximum distribution,” said the source. “It’s like a library” that would allow any member of the public to use the data collected.
If Sidewalk Labs accepts the offer, and the Waterfront Toronto board approves it, the MIDP will still need to be evaluated and approved before March 31, 2020.(Toronto Star, Marco Chown Oved) 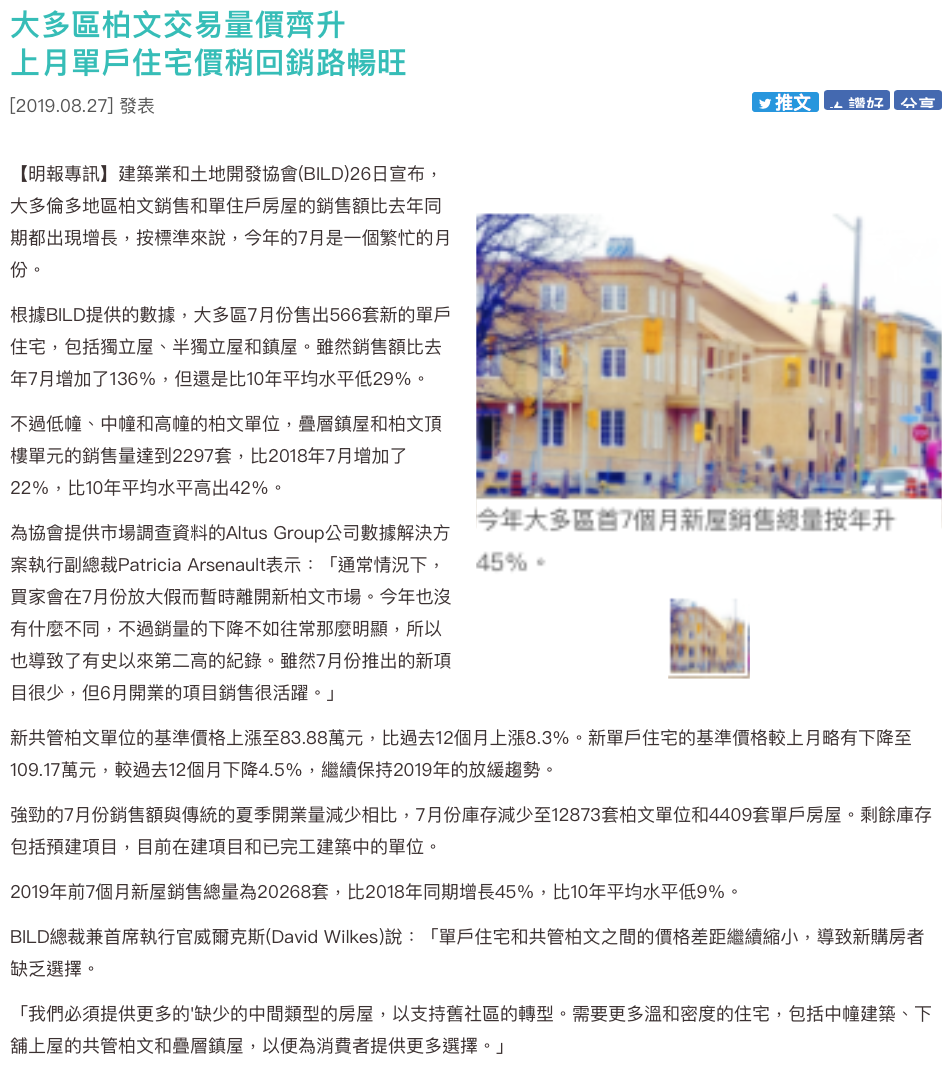 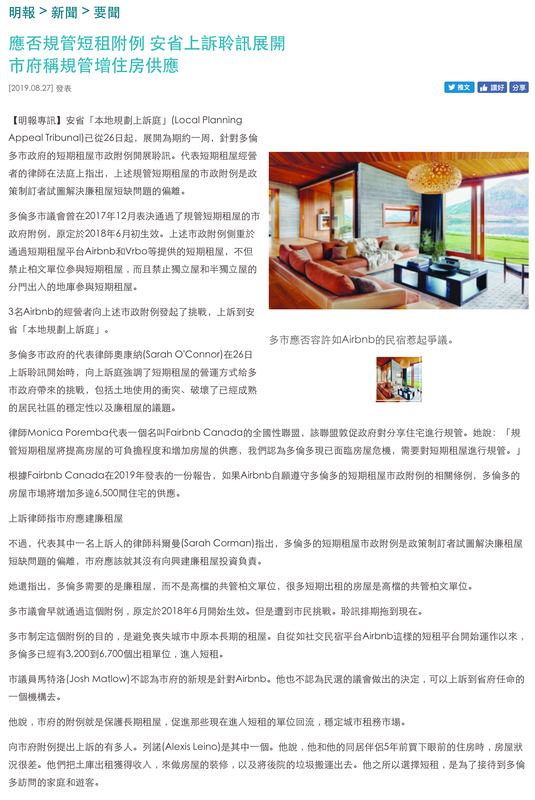 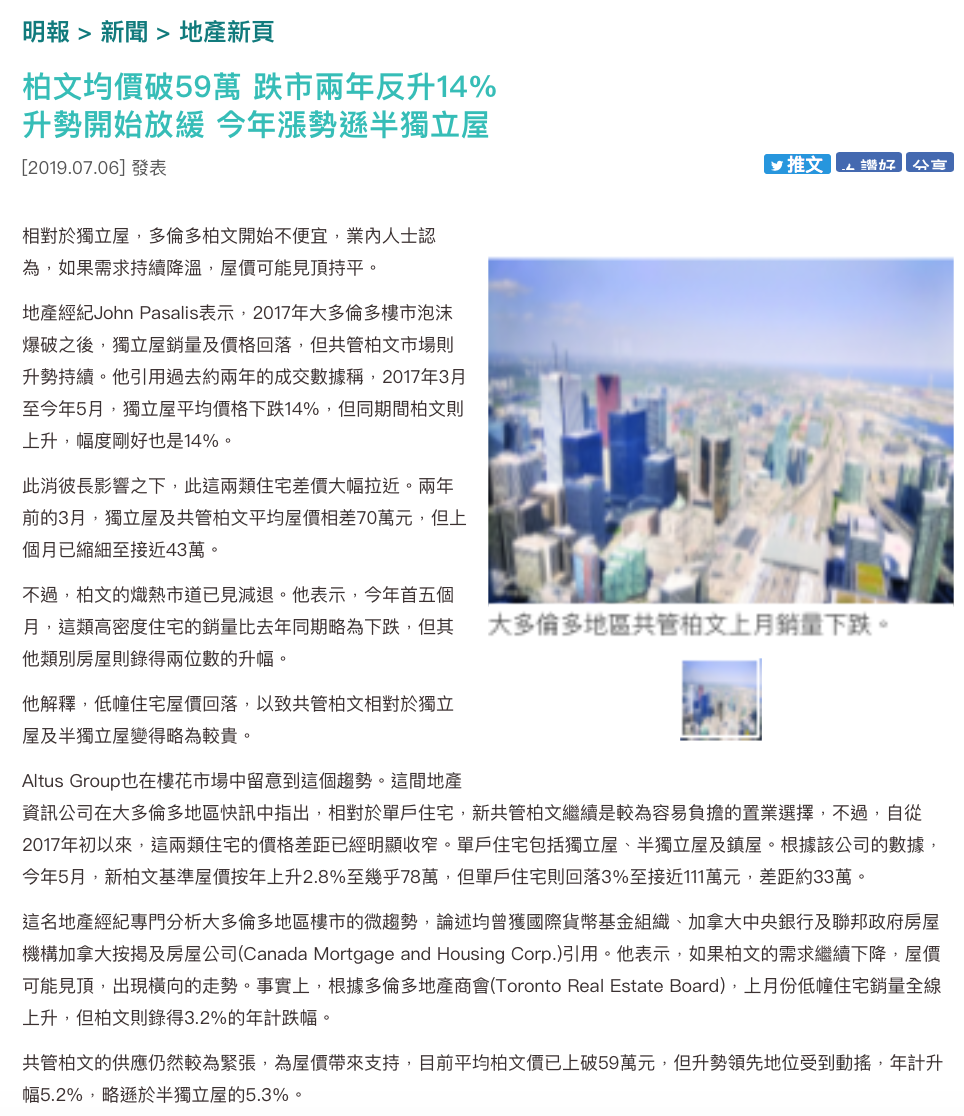 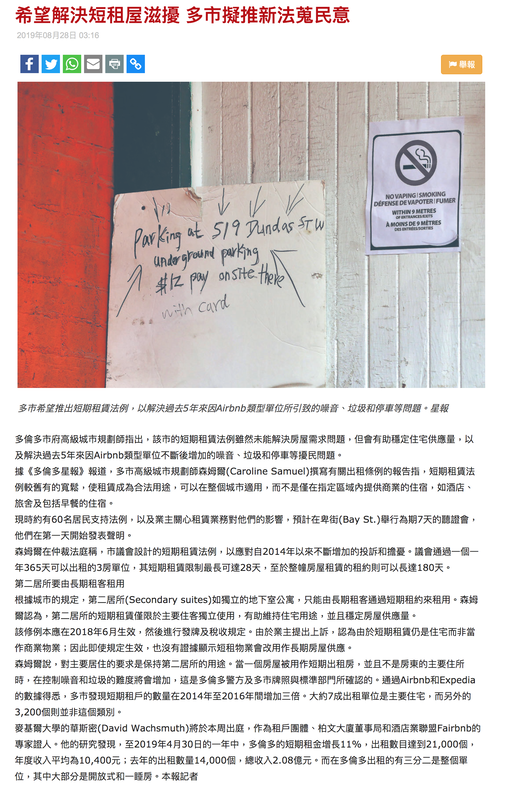 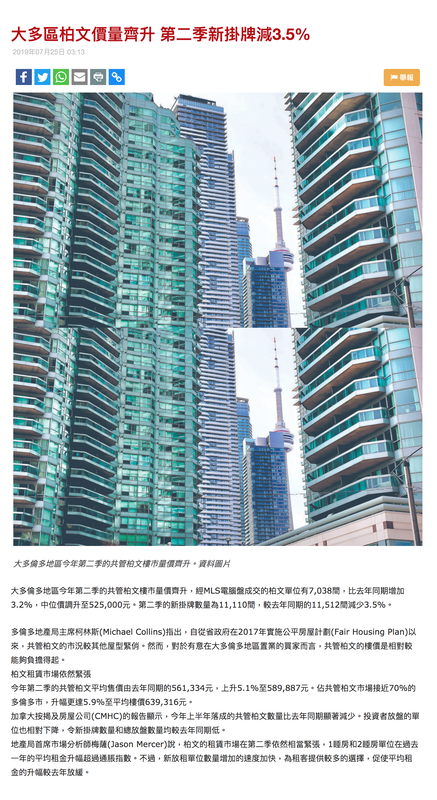 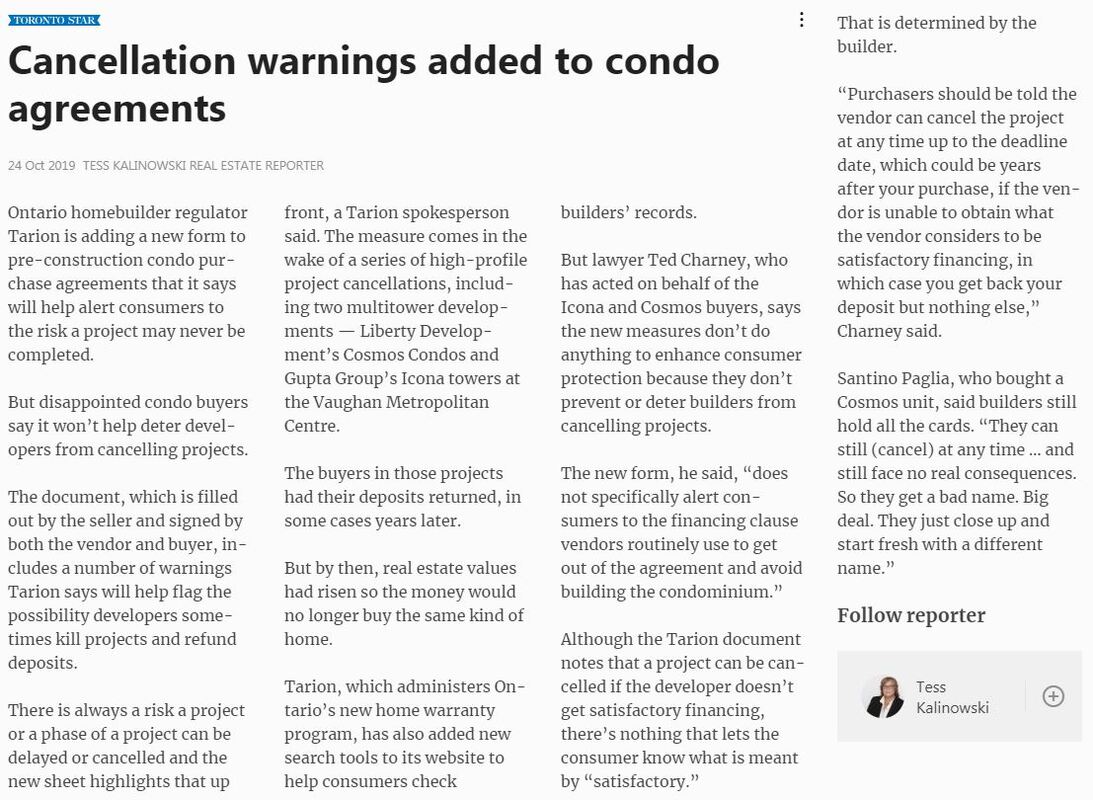 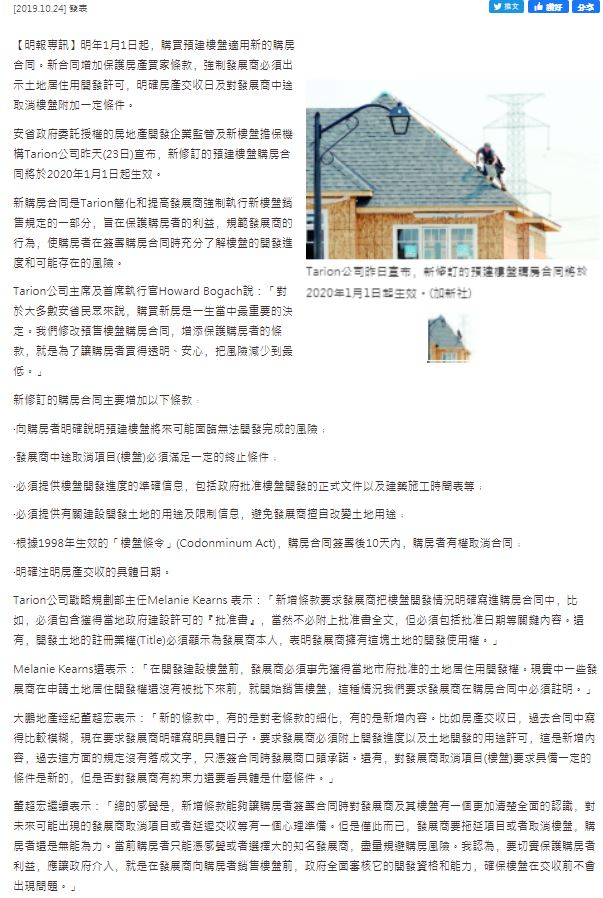 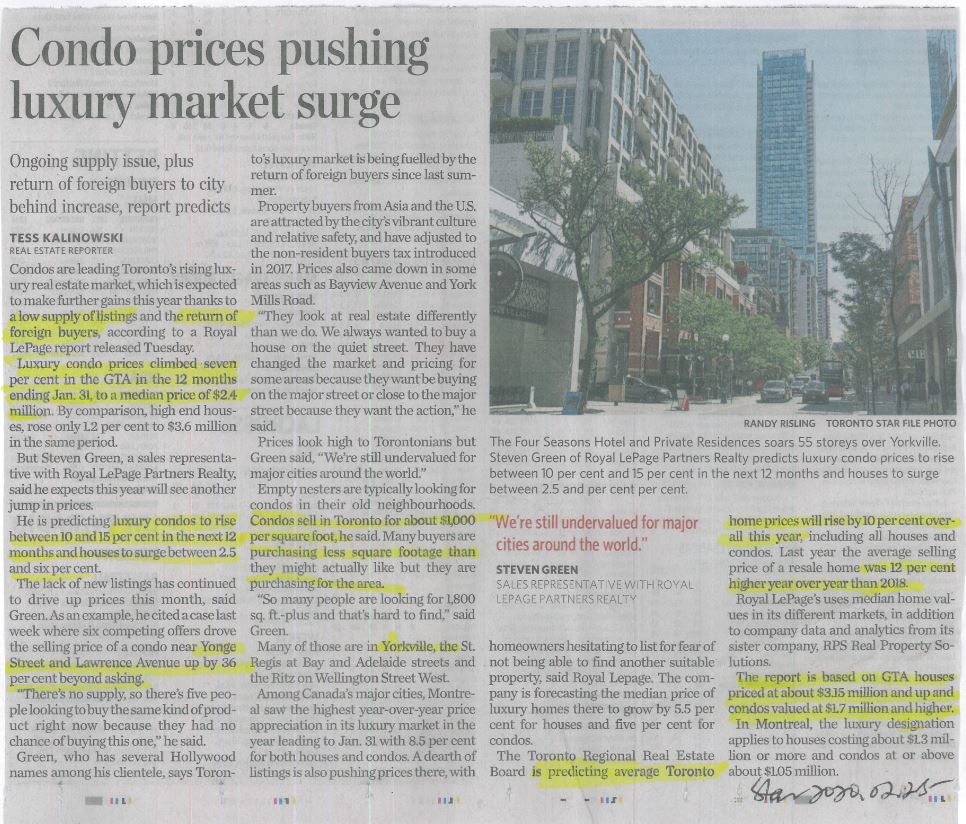 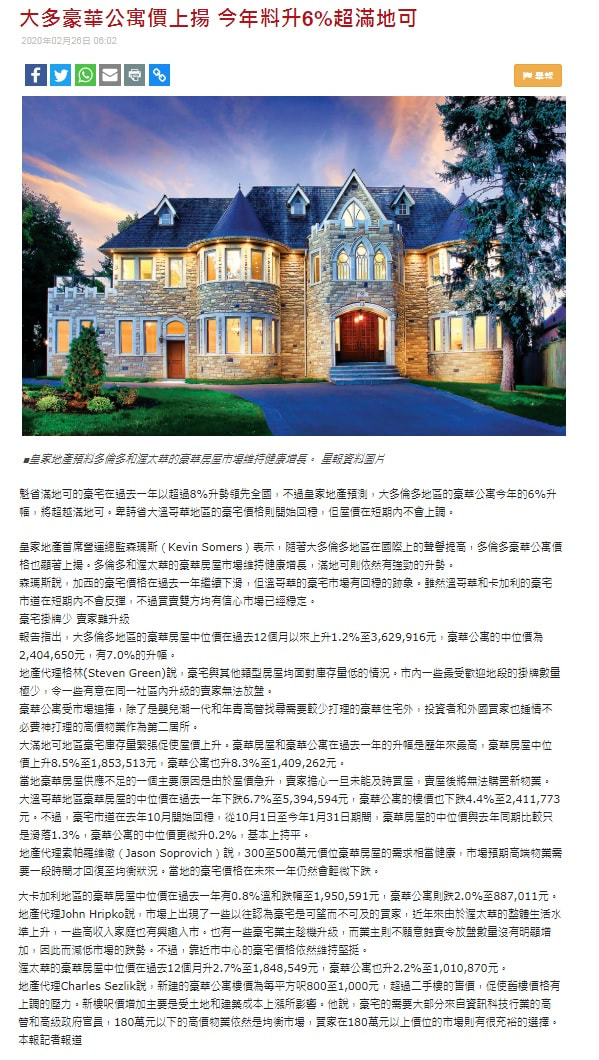 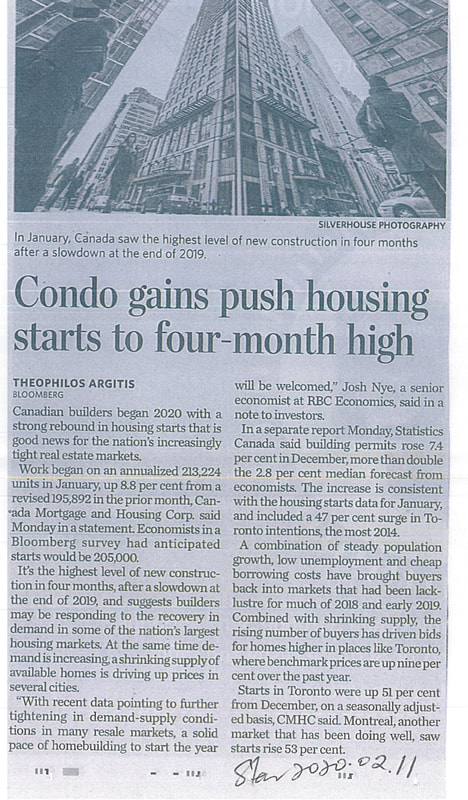